A friend recently asked me why I dislike Bernie Sanders now. I said I didn’t dislike him; I just wish he hadn’t decided to run for POTUS again. I supported Bernie for most of his 2016 campaign, so of course I like Bernie. I mean, the guy has devoted his entire life to social justice. Plus he’s managed to demystify democratic socialism to a LOT of Americans. Also plus, he doesn’t smile of laugh a lot — but when he does, it’s a very genuine smile or laugh. How can you NOT like him?

But then I thought about it…and I realized that yeah, I kinda do dislike him now. Which is sad and disappointing because I really like Bernie Sanders a lot. 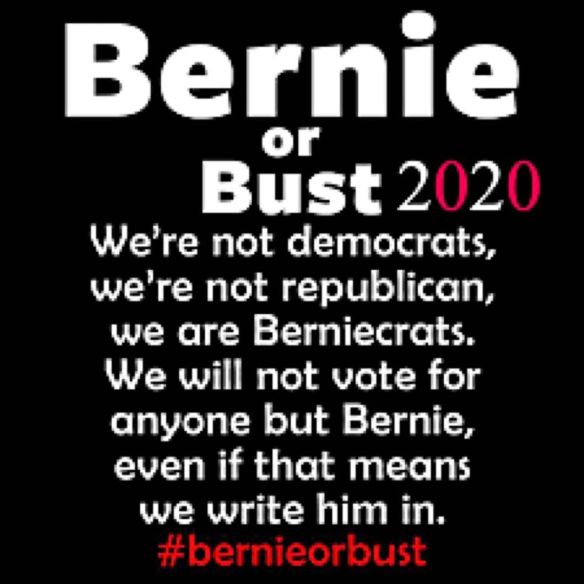 I respect their passion (no, I really do), but I have no tolerance for that sort of political purity. Political purity is just a nice way of saying ‘extremism’. OBAs are extremists who won’t accept a nuanced opinion about Bernie. They think you must either be totally and completely FOR him and everything he says or else you’re absolutely AGAINST him. If your support isn’t pure, undiluted, and unqualified, then you’re compromised in some fundamental way. They see the notion of ‘Vote Blue No Matter Who’ as a betrayal of All Things Bernie.

That’s annoying, but everybody has the right to vote the way thay want. The thing that really cements the ‘asshole’ in OBA is that so many OBAs are as conspiracy-minded as the Q-Anon folks. They seem to be truly convinced that if Bernie isn’t winning, it can only be because shadowy corporate forces (usually in the form of the DNC) are actively conspiring and working against him. Other Democratic candidates are frauds who are stealing Bernie’s ideas only in order to get elected, at which point they’ll revert back to corporate whores. They are totally convinced Bernie was cheated out of the nomination in 2016 by the Democratic National Committee, and are equally convinced the DNC is doing it again in 2020. 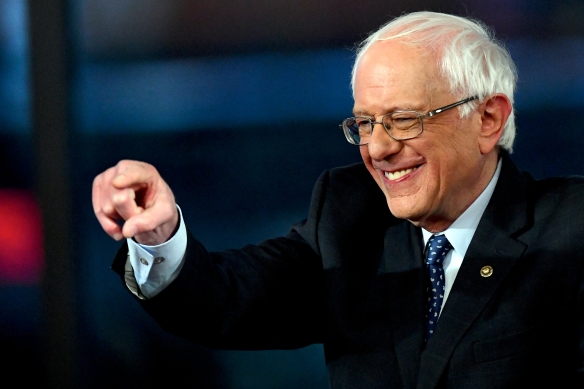 At the beginning of this campaign season I joined a pro-Bernie Facebook group (I also joined a pro-Cory Booker and a pro-Mayor Pete group because I wanted a better sense of who they were). The pro-Bernie group initially seemed pretty reasonable and I felt better about Bernie joining the race. Then it slowly became dominated by OBAs, who either drove less pure Bernie supporters out of the group or effectively silenced them. Here are some of the posts and comments that appeared in that group over the last day or so:

— If the dnc rigs the election against sanders and gave us Harris or Biden, then I’m going full Bernie or bust. If we don’t have standards, then the corporate dems are just going to shaft us.

— When the establishment prop up Warren, it’s only to try to hurt Bernie. They are focused on trying to take him out in any way they can because he is an existential threat to their excessive amounts of wealth and corporate bribes.

— If the democratic party really wanted to beat trump they would pick Sanders if that truly was their main concern. It is not. They would rather lose to trump then have a Bernie presidency and that is a fact not some outlandish conspiracy.

—  I used to like [Meryl Streep], and watched most of her movies. But she is a hypocrite, a big supporter of HRC among other Hollywood elites and out of touch. She has blindly supported HRC who is also as corrupt as Trump. Because of this reason, I do not watch the  Oscars any more.

— Biden sucks. Everyone knows it. Even the DNC. That’s why they are now artificially inflating Warren. Not cause they like/want her. But they’d rather have her, than Bernie. And it’s becoming clear to everyone.

— I wonder why Obama is mute about Bernie but openly support HRC in 2016??

— [T]he 1% run the D.N.C. They want to run another “Hillary” candidate that no one likes to make it look like a real win for Trump again.

— Polls are same as gerrymandering, or even worse totally biased!

— Bernie in did win CA in 2016, his hundreds boxes of ballots were not counted. On the day of HRC declared her so-called landslide won in CA. The Staffs posted hundreds of unopened box of his ballots.

Okay, that doesn’t quite approach the lunacy of the Q-anon theory that 1) JFK Jr. is alive and 2) is actually Q, and 3) is working secretly with Trump and Mueller to build a case against Obama and Hillary. But still.

Let me just say that the OBA’s dislike of the Democratic National Committee has some basis in reality. Some members of the DNC openly disliked Bernie — although, to be fair, Bernie had spent years denouncing the DNC. But the DNC didn’t ‘steal’ the nomination from Bernie. He lost it. He lost it in part because his followers didn’t bother to learn how the primary and caucus systems worked. A lot of Bernie supporters who hadn’t registered as Democrats turned up at closed Democratic primary sites expecting to vote and were turned away. Instead of acknowledging their error, they claimed they’d been disenfranchised — that they were refused because they were Bernie supporters. Which is nonsense.

Bernie wasn’t cheated out of the nomination; he just lost. I say that as a person who caucused for him. He just flat out lost. There’s no shame in that. There’s no need to concoct conspiracy theories to explain his loss. 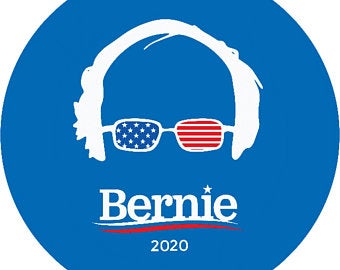 I really like Bernie Sanders. I won’t support him in the primaries, but I’d happily vote for him if he’s the eventual candidate. Because I believe ‘Vote Blue No Matter Who’ is a valid strategy to rid ourselves of the Trump administration. In my opinion, Bernie has always been more of an inspirational leader than a policy wonk, but that’s okay. One of the most important jobs of POTUS is to inspire the populace to be better citizens. Bernie would be good at that.

I like Bernie. I really do. But I don’t think he can win the nomination. And I cannot abide OBAs. And that’s why I’m done with him.

10 thoughts on “why i’m done with bernie”