My heart’s in the ice house. John Prine is dead, the world is locked down, and Bernie Sanders has suspended his presidential campaign.

He did that partly by being a Democrat of Convenience. He runs as a Democrat without actually being a Democrat, but his positions are so popular he yanked the Democratic Party leftward. There are folks in the Democratic National Committee who aren’t happy about that, of course. And that brings me back to being sorta kinda glad Bernie is suspending his campaign now, at this point in time, rather than later. Because some of his supporters are DNC conspiracy theorists. They believe the DNC ‘rigged’ the primaries to defeat Bernie (and, in some cases, to re-elect Comrade Trump).

Here are some actual, not-made-up, real comments taken from a couple of Facebook groups that support Bernie:

— [T]he DNC plots against Bernie, violate the constitution by stealing the election/votes, asks us to vote for an absolutely terrible choice instead and then whines to us about how they won’t beat trump because of US!?
— The Democrat Party could have changed their voting date if they wanted, but they rigged their election again to boot Bernie out
— The DNC knows the numbers, and either believe they don’t need Sanders voters for them to win, or else they actively want Trump to win. Either way, my one vote isn’t going to change the election. I bear zero responsibility for their loser plans.
— I want to be counted as one of the growing number of people rejecting the DNC
— If you’re voting for Biden you’re giving the DNC consent to rigging elections.
— I’m willing to lose this election to trump if it teaches the DNC the lesson that they Will Never win another election ever again until they listen to us and run a progressive candidate.

Look, the DNC sets the rules for the Democratic Party primaries because they’re the Democratic Party’s National Committee. Who else is going to set those rules? The Green Party? The Republican Party? This is how things work everywhere. The Rock and Roll Hall of Fame nominees are chosen by the Rock and Roll Hall of Fame Nomination Board, not by the Country Music Assocation’s Nomination Board. Michelin stars are awarded to restaurants by Michelin’s full-time staff of anonymous restaurant reviewers, not by Yelp feedback. 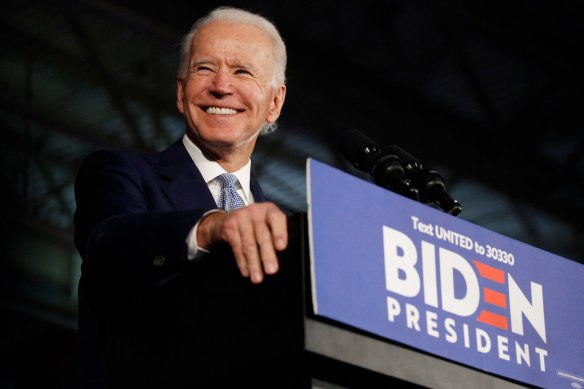 Joe Biden won because people voted for him. Why did they vote for him? Damned if I know. I don’t think he was anywhere near the best candidate (SPOILER: the best candidate was Warren). But Biden got the votes. You don’t have to like it to accept the reality of it. You don’t have to LIKE gravity to accept that if you drop a rock, it’ll fall on the grass (if you’re outside and standing on grass — let’s not get too fussy about this).

The other reason I’m sorta kinda glad Bernie has suspended his campaign now is so we can get the following completely predictable bullshit conversation out of the way. You know the conversation I’m talking about, but here are a few actual, not-made-up, real examples of it (again, straight from Facebook pro-Bernie groups):

— A choice between two rapists is no choice at all. Joe Biden is Trump with fewer obnoxious tweets and even more dementia.
— I’m not voting for another monster just to stop a monster.
— Voting in the moderate choice is just as bad as trump.
— what is the real difference between Biden and trump
— There is no really big difference between Biden and trump…they are both representing the neoliberal agenda
— I can’t vote for either with a clear conscience. Trump and Biden are sexual predators. I can’t vote for them and feel good about it.
— BIDEN IS JUST LIKE VOTING REPUBLICAN. I’M NOT VOTING FOR BIDEN OR TRUMP. I’M OUT.

Okay, Biden wasn’t my first choice. Hell, he wasn’t even in my top five. He might have been in my top ten, but near the bottom. But Jesus suffering fuck, people, he’s in a totally different political galaxy than Comrade Trump and is infinitely preferable. 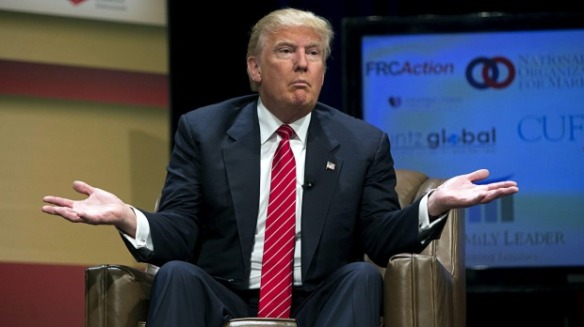 If you think there’s no difference between Joe Biden and this fuckwit, then you’re an idjit.

Biden says he’ll increase taxes on the wealthy. The Tax Policy Center calculated that Biden’s plan would raise $4 trillion over a decade—one of the largest wealth transfers in American history. He supports subsidies and Medicaid funding, along with a public option, in order to achieve universal health care. It’s not Medicare for All, but it’s an improvement over the current feral insurance system. He’s advocating a US$17 trillion clean energy investment, and tighter regulations to bring emissions to zero. He’s supporting $2 trillion in new spending on early education, post-secondary education, and housing. He’s talking about a $1.3 trillion infrastructure plan. He’s in favor of a $15 minimum wage. He wants to close the gun show loophole and ban the sale of assault-style weapons. He’s in favor of immigration reform and wants to provide undocumented immigrants a path to citizenship. He’s just come out in support of Warren’s bankruptcy plan.

Comrade Trump is opposed to all of those things. If you say there’s no difference between Biden and Trump, you’re completely fucking delusional. Or stupid. Or a Russian troll. Or so goddamned well established in your privilege that Trump’s policy depredations won’t have much effect on your life. Also? Fuck you in the neck, just on general principles.

As the poet Prine said:

Father forgive us for what we must do
You forgive us we’ll forgive you
We’ll forgive each other till we both turn blue
Then we’ll whistle and go fishing in heaven.

2 thoughts on “whistle and go fishing”