Here’s a curious thing. Comrade Trump fired (by tweet, of course) Dan Coats, the Director of National Security, three days after Trump made his disastrous telephone call to newly-elected Ukrainian President Volodymyr Zelensky. You know, the call in which Trump leaned on Zelensky to reopen a closed investigation into Joe Biden’s son. The call that’s sparked the current impeachment crisis.

Coats didn’t have much relevant experience in intelligence when Trump selected him to be the DNI, but he was a decent, mostly thoughtful, establishment Republican. He wasn’t a Trump loyalist, though, so he was often in conflict with the president. He was the last member of the Trump administration to publicly disagree with the president. Clearly, he had to go. Although the timing is a tad suspicious.

Here’s another curious thing. The law clearly stated that in case of a vacancy at the DNI position, the Principle Deputy Director of National Intelligence would assume the role of acting DNI until the Senate could confirm a new DNI. This was because lawmakers felt it was critical for the president to have continuity in regard to national intelligence, as well as reasoned, experienced, expert advice. But the PDDNI was Susan Gordon. 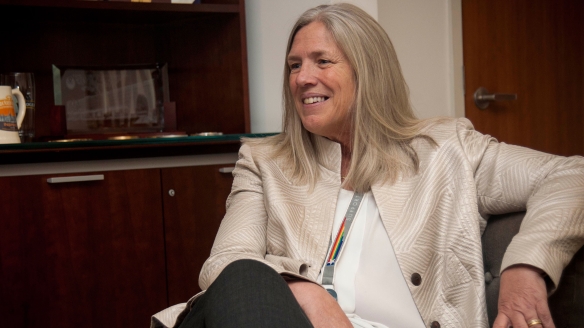 But the Trump team felt Susan Gordon wasn’t “sufficiently loyal” to Trump. They let it be known there was no place in the Trump administration for her. So she did the decent thing; she resigned on the same day as Director Coats. Three days after Trump’s call to Zelensky. Gordon wrote one of the shortest and most honest resignation letters ever.

Mr. President — I offer this letter as an act of respect & patriotism, not preference. You should have your team. Godspeed, Sue.

Who did Comrade Trump want to replace Coats and Gordon? Trump loyalist and Texas Republican John Ratcliffe, a two-term Congressman. Ratcliffe was best known for (and I swear I’m not making this up) 1) asserting the existence of a “secret society” within the Obama Department of Justice and the FBI devoted to preventing Comrade Trump from being elected and 2) claiming the Mueller Report was written by “Hillary Clinton’s de facto legal team.” In other words, Ratcliffe is a classic Republican from Texas fuckwit.

Not surprisingly, Ratcliffe was so unqualified even Senate Republicans couldn’t support him. Five days after nominating him, Trump pulled the nomination.

The fact is, Comrade Trump doesn’t want intelligence experts. In fact, he doesn’t want any experts around him at all. He wants to be the expert. He wants others to defer to him and his judgment. He wants others to recognize his genius. Having people around him who are knowledgeable, who have expertise, makes him uncomfortable; they might correct him. And to a narcissist like Trump, that would be intolerable. That’s why the Department of National Intelligence lost both its director and deputy director on the same day. Three days after Trump made his call to Ukraine President Zelensky.

And that leads us to yet another curious thing. If you read the whistleblower’s complaint, it reads like it was written by an intelligence analyst. Or at least somebody familiar with intelligence memoranda. The format, the detail, the underlying evidence, the footnotes that support the narrative — it’s exactly how an analyst prepares a memorandum. Can we think of anybody with experience as an analyst, or who is familiar with such reports? Somebody who is a patriot and a professional, maybe even a career intelligence officer? Somebody who might be willing to be a whistleblower in order to throw light on a shady subject?

EDITORIAL NOTE: I’m not saying either Coats or Gordon is the whistleblower. I’m just saying…you know…you never know. Is what I’m saying.