Okay, so Robert Mueller has punched his time card. He’s done his job. He’s going home, he’s gonna kick off his shoes, crack open a cold one, and sit on the porch with his dog, and later catch up on Game of Thrones. Well done, Bobby Three Sticks. 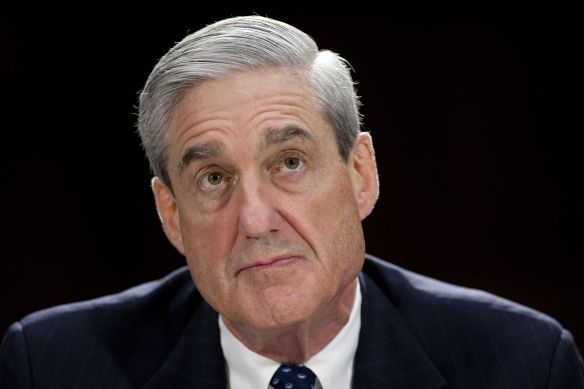 But today we don’t know what’s in his report (and more importantly, what’s not in his report) and a whole lot of folks are freaking out. People need to follow Mueller’s example. Take off your shoes, have a drink, relax a bit. There’ll be work ahead and plenty of freaking-out time to come. But let’s not forget that regardless of what’s in/not in the Mueller report, there’s one thing we know with mathematical certainty.

Comrade Trump is guilty as fuck. Guilty of a wide range of crimes and misdeeds. Guilty in a legal sense, in an ethical sense, in a moral sense, and in a spiritual sense.

This is what we know:

We also knew Mueller wouldn’t indict Comrade Trump. I mean, he basically said that at the beginning; he said he’d abide by the Department of Justice memorandum that said a sitting president couldn’t be indicted. So there’s no point in whinging about that. Still, Mueller has indicted, convicted or gotten guilty pleas from 34 people and three companies. That ain’t bad.

Again, it’s important to remember that Mueller’s investigation was limited to Russian interference in the 2016 election. Yeah, there was a provision for him to look into “any matters that arose or may arise directly from the investigation,” but it seems he interpreted that as “I guess I’ll just hand the stuff that’s not directly linked to Russia to other prosecutorial agencies.” Which he did.

But here’s the thing: we’re not done. Mueller’s report is just one step on the path to restoring some semblance of normality and lawfulness to US politics. We’ve still got lots of other investigations churning away. We’ve still got a long, ugly way to go. There are a lot of Trumps and a shit-ton of Trump criminality to look at.

We probably won’t ever get real justice, but I firmly believe that eventually some of those fuckers will end up disgraced and shunned — and hopefully in orange jumpsuits. Because c’mon, they’re guilty as fuck.