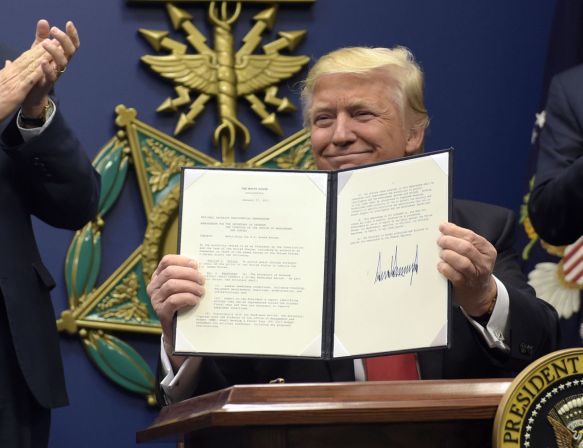 Easy as ordering a taco bowl.

Trump said “I want a ban on Muslims” and somebody gave him a ban on Muslims. In this case, it was two somebodies: Steve Bannon and Stephen Miller. These guys wrote the executive order, and served it to Comrade Trump, who signed it. 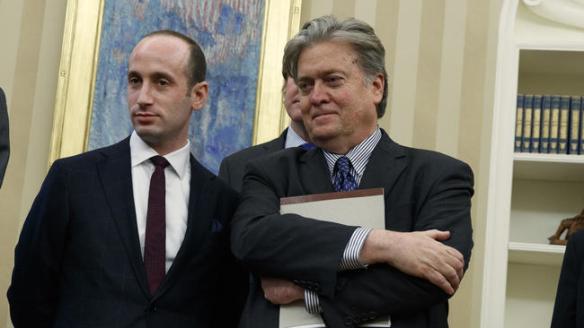 Stephen Miller and Steve Bannon — should not be allowed in the kitchen.

You know, when you make your first taco bowl to be served to the public, you have to let your supervisor look at it before it makes its way to the customer’s table. The same is true when crafting an executive order. You’re supposed to let other folks look at it and make sure it’s correct before you foist it on the unsuspecting public. For example, if you write an executive order pertaining to homeland security, you’re supposed to let the folks at the Department of Homeland Security get a peek at it before it’s released. It’s not just a matter of good manners to do that; it’s also how you insure the customer doesn’t end up in the bathroom puking his guts out.

Trump, Bannon, and Miller didn’t bother. The Secretary of Homeland Security learned about the executive order when he saw it announced on television. Seriously. On television.

Not only did they fail to ask for the advice of the Department of Homeland Security, they also failed to check with the Justice Department,. And the State Department, and the Department of Defense, and the National Security Counsel. They didn’t even show the order to the Office of Legal Counsel, which has always reviewed executive orders before they were released. Hell, these people didn’t even prepare the two agencies that would be implementing the order — the heads of the Customs and Border Protection agency and the U.S. Citizen and Immigration Services were given a telephone briefing while Comrade Trump was signing the order.

Let me just recap this. These three bozos — Trump, Bannon, and Miller — put together and issued a presidential order having global implications with less care and supervision than the guy working part-time in the kitchen of your local Taco Bell. It’s no wonder a big chunk of the world has found itself in the bathroom, puking its guts out.

21 thoughts on “muslims and taco bowls”