This morning — just now, in fact — a dear friend said this on Facebook:

[W]here the fuck are the Iowa caucus results? This has been a terrible week for Democrats.

I have thoughts about this. I mean, she’s absolutely right. It’s been a terrible week for Democrats. Yeah, the Iowa caucus is a shitshow. The whole mobile app thing was a colossal fuck-up. But let me remind folks that for years everybody (including me) has made the argument that Iowa doesn’t matter — that it’s not in the least representative of the nation as a whole, that the caucus process is wildly out of date and inherently undemocratic, and that it’s a massive waste of time and money to devote so much attention to a state with only a few electoral votes. I agree with all of that.

And yet, at the same time, folks are saying that the Iowa debacle is going to ruin the election for Democrats. We are doomed. C’mon, people — either Iowa is important or it’s not. (SPOILER: it’s not.) This is just an early own-goal, as we say in futbol. But it’s not the game. Chill the fuck out. Remember that every single week — hell, often every single day — Republicans, with the help of Comrade Trump his ownself, say and do shit that in ordinary times would cause the government to collapse in on itself.

Some folks are worried that Trump will use the Iowa debacle to suggest the entire electoral system is rigged and unfair. But we all know — we all KNOW — he’s going to say that anyway. It’s not as if he’s concerned with evidence. The fact that the caucus results (whenever they’re released) are reliant on rigorous double and triple-checking of paper ballots (well, voter preference cards — same thing, really) won’t matter. If the Iowa caucus was run by saints and actual winged angels counted the votes and marked each with a golden sigil, Trump would still claim it was rigged and his followers would believe him. These are people who defended Trump when he tweeted about the Kansas City Chiefs being based in Kansas. Evidence isn’t necessary. 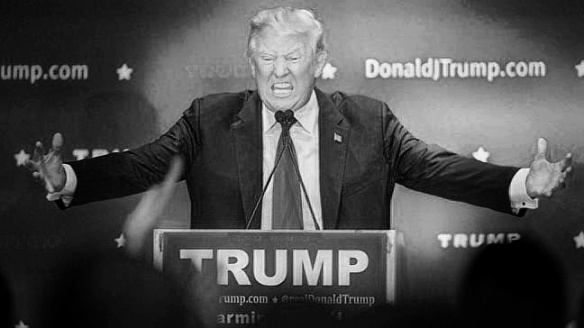 Here’s a really sad and shameful thing to say: the Iowa debacle will dissipate soon and will carry no more political weight (and this is really sad and shameful) than the fact that there’s still no clean water in Flint, Michigan. That’s the ugly truth about politics in the US right now. The most horrible, awful, appalling things are soon relegated to footnotes and asterisks.

Has it been a terrible week for the Democrats? Yes, without argument. And it’s not over yet. Today the Senate will vote to acquit Comrade Trump of crimes they admit he committed. It’s as terrible a week as we’ve had. Not just for Democrats, but for all of representative democracy.

And in a couple of weeks, it won’t make a lick of difference. We have a long, savage primary season ahead of us, followed by an equally savage election. This week won’t be remembered because the Iowa DNC decided to rely on a poorly-designed app and delivered results late; it’ll be remembered as the week Trump lied through the State of the Union speech, gave the Medal of Freedom to a racist radio show host, and was given a free pass by Republicans despite having committed impeachable crimes.

Democrats need to calm down and focus.

2 thoughts on “a terrible week for the democrats”