Okay, what I’m about to say is going to sound a tad crazy, but bear with me. Ready? Here it is: modern US evangelism is, in some very real ways, a lot like early Christian evangelism.

Now, here’s some Bible stuff. King James version, because it rumbles so much better than the modern works.

“[A]nd ye shall be witnesses unto me both in Jerusalem, and in all Judaea, and in Samaria, and unto the uttermost part of the earth.”

There it is, right there: the foundation of early Christian evangelism. Be witnesses unto the uttermost parts of the world. Go spread the gospel, the good news. That’s from the Book of Acts of the Apostles. The Book of Acts is basically an explanation of how and why the Jewish followers of the Jewish guy who was said to be the messiah of the Jews ended up not converting Jews in the Middle East but instead created a European church by converting pagans.

Without going into all the historical detail (which is really fascinating stuff and y’all should look into it if you’ve any interest in the sociology of religion), this is basically what happened. The followers of Jesus tried spreading the ‘good news’ to their fellow Jews in Jerusalem but didn’t have much success. So they looked for a more receptive audience among the pagan Romans. Christianity gained some serious traction about 300 years later when Constantine converted. About 50 years later, the Emperor Theodosius issued the Edict of Thessalonica, which made Nicene Christianity the official religion of the Roman Empire.

That meant if you wanted to succeed in the Roman military or government, you became Christian. At least in name, if not in belief. It was sort of like joining the golf club where your boss plays. And since the Roman army occupied those uttermost ends of the earth, western Europe became Christianfied.

My point is this: the early Christians began as a small group of Jews who were ignored and victimized by the larger Jewish community who just wasn’t interested in their ‘good news’. So evangelists took their news to folks who were more receptive. In the same way, Trump Republicans felt ignored and victimized by the larger Republican ‘elite’ who weren’t interested in the ‘good news’ of a corrupt, failed businessman who was a braggart, a racist, and an inveterate liar who’d been married three times and unfaithful to each of his wives. So MAGA evangelists took their ‘good news’ to a more receptive audience. White supremacists. 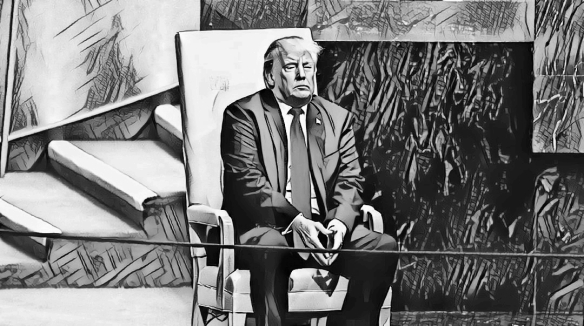 Comrade Trump the Not So Great

If somebody were to write a modern Book of Acts it would be an explanation of how and why the followers of a rich, privileged, boorish New Yorker used working class racists to convert the leaders of the Republican Party to the cause of white supremacy.

Because that’s what’s happened. Where early Christian evangelicals spread the gospel of Jesus, MAGA evangelicals are spreading the gospel of Trump, which is a gospel of white supremacist rage and victimhood. Where early Christian evangelists converted Roman leaders, who shaped the beliefs and behavior of their subordinates, MAGA evangelists converted the Republican base, who have shaped the beliefs and behavior of their leaders. And just like a lot of the early Christian converts, many of the converts among the Republican ‘elite’ probably don’t actually share the beliefs of Trump’s gospel. But in order to get ahead and stay in authority they’ll join his golf club.

5 thoughts on “MAGA evangelism at the uttermost parts”