There’s something really interesting about the raid on the office of Michael Cohen, Comrade Trump’s attorney — something that’s not getting the attention it deserves. Most of the attention is focused on the raid itself.

I suppose I should spend a moment on the very obvious things about the raid that are interesting. Like the fact that it’s not a raid. It’s raids. Multiple. The FBI raided his office, his home, and a hotel room.

Then there’s this: it’s really uncommon for the State to seize client material from an attorney. The attorney-client privilege is pretty sacrosanct; it doesn’t get cast aside easily. But there are a few exceptions to that privilege, one of which is that discussions between an attorney and a client involve committing or covering up a crime are NOT privileged. They’re not protected.

So for the FBI to conduct those raids, they first had to convince a prosecutor that they knew with a high degree of certainty that 1) the material they were seeking was evidence of a probable crime or cover-up being discussed by Cohen and Comrade Trump, and that 2) they’d find the material in the locations they were searching. 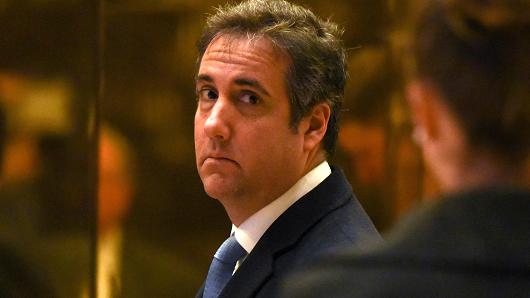 But here’s what’s getting overlooked: the name of the prosecutor who got a judge to issue that search warrant. Geoffrey Berman.

Who the hell is Geoffrey Berman? At present, he’s the interim United States Attorney for the Southern District of New York. Why ‘interim’? That’s an interesting story. The office had been held by Preet Bharara, who the NY Times described as “the nation’s most aggressive and outspoken prosecutor of public corruption and Wall Street crime.” When Trump was elected, all 46 U.S. Attorneys were asked to submit letters of resignation. Trump, however, apparently met personally with Bharara and asked him to stay on.

This was a potential problem for Comrade Trump since his financial empire is based in New York City, which is part of the Southern District of New York. That meant any financial investigation into Trump would be conducted by Bharara. Marc Kasowitz, another of Trump’s personal attorneys, publicly stated he warned Trump that Bharara would ‘get him’ on corruption issues. Trump then attempted to call Bharara, who refused to accept his phone call, saying it would be inappropriate for him to discuss legal matters involving the president with the president. He was fired 22 hours later.

Comrade Trump then met with a number of attorneys to decide who would be the next United States Attorney for the Southern District of New York. It’s wildly inappropriate for the president — or any government official — to interview attorneys who might be responsible for investigating his business dealings. But wildly inappropriate is Trump’s calling card. And who did Trump select for that office? A Republican who’d been a partner in the law firm Rudy Giuiliani worked for. A Republican who’d contributed US$5400 to Trump’s presidential campaign. 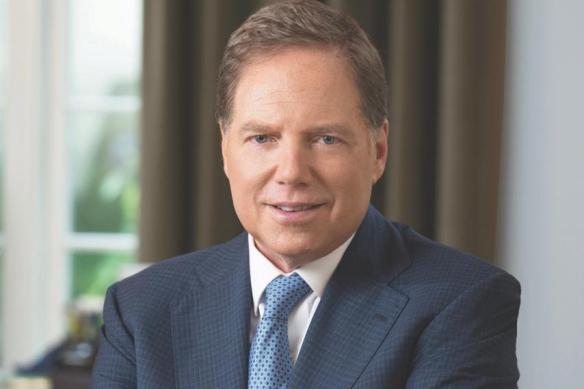 Think about that for a moment. It means 1) a U.S. Attorney who was essentially hand-picked by Comrade Trump was 2) presented with evidence convincing enough for him to believe there was sufficient probable cause that 3) Trump and his attorney had engaged in communications involving either a criminal act or covering up a criminal act that he felt 4) compelled to ask for and convince a judge to 5) issue a warrant to search three locations where evidence of that crime or cover-up would be found.

That is astonishing. And I mean astonishing in the earliest sense of the term (okay, for word geeks: astonish, from the Latin ex, meaning ‘out’ plus tonare, meaning ‘thunder’; in other words, thunderstruck — staggered and dazed by the auditory shock wave created by lightning).

Comrade Trump keeps calling this a “total witch hunt.” If so, that would mean Michael Cohen is a witch’s familiar and Trump is a fucking witch. But c’mon, it’s not a witch hunt. Witches deserve more respect than that. After all, the Wiccan Rede says ‘An it harm none, do what ye will.’ That certainly excludes Trump. No decent coven would accept him as a member. Even if he was a witch. Which he’s not.

UPDATE: It appears I got ahead of myself…and ahead of the facts. It appears Berman DID NOT initiate the search warrants for Cohens office and elsewhere. Although the search was executed by the Southern District of New York, it’s being reported that Berman was recused from the process. It’s not clear at the moment whether he recused himself or was recused by his superiors. In any event, the warrant application came from Deputy Attorney General Rod Rosenstein.

2 thoughts on “about that witch hunt”