This morning Comrade Trump had this to say on Twitter:

The top Leadership and Investigators of the FBI and the Justice Department have politicized the sacred investigative process in favor of Democrats and against Republicans – something which would have been unthinkable just a short time ago. Rank & File are great people!

In favor of Democrats. Against Republicans. What absolute bullshit. The FBI was established in 1935 and…well, wait. Okay, it was first established in 1908, but back then it was just the Bureau of Investigation and basically what it did was investigate the Mann Act, which made it a federal crime to transport a woman or a girl across state lines for the purpose of “prostitution or debauchery, or for any other immoral purpose.” This was also called — and I’m seriously not making this up — the White-Slave Traffic Act. because apparently nobody cared if women of color were transported across state lines for any damned reason at all. But I digress. 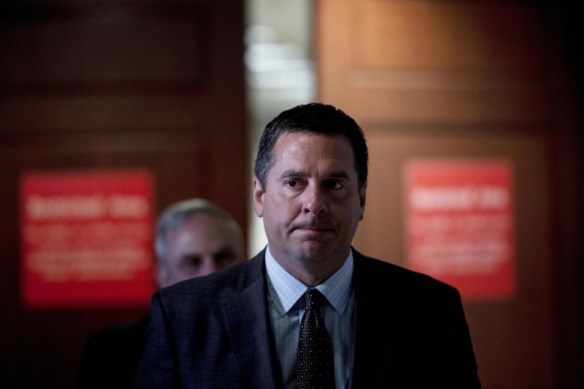 In 1935, the BI was formally renamed the FBI. Its first director was J. Edgar Hoover. A Republican. Here’s a list of the political affiliation of every single FBI director:

You may have noticed a distinct absence of Democrats appointed to head the FBI. What does that tell you? It tells you the three Democratic presidents who appointed FBI directors (Carter, Clinton, and Obama) all deliberately chose a person (okay, a white man) who was in the opposition party.

This other fucking guy…

And Comrade Trump? Fired Comey when Comey refused to promise allegiance to him personally. Hounded Deputy Director Andrew McCabe out of office after he refused to promise allegiance to Trump personally. Now Trump and Republicans in Congress are claiming the leadership of the FBI comprises some sort of pro-Democratic cabal secretly determined to undermine his presidency.

You think that is an accident? Nope. It’s a poorly disguised attempt to immunize a president who was elected in part because of Russian ratfucking with the election, a president who has financial ties with some seriously shady Russian oligarchs, a president who has attempted to obstruct the investigation into the interactions between his campaign and Russian intelligence agencies.

Assuming Comrade Trump and the Republicans in the House Intelligence Committee release the Nunes Memo to the public today (and I can’t see anything stopping that), then they’re basically shitting on that ‘sacred investigative process’.

It’s really hard for me to understand how anybody can be that despicable so consistently.

4 thoughts on “the sacred investigative process?”