I can’t really be happy about today’s indictment against Paul Manafort and Richard Gates. While I’m glad the system is working, it’s really a rather sad day for our nation.

Let me also say this. Manafort and Gates have only been indicted. That doesn’t mean they’re guilty. I’m a criminal defense guy, and I believe passionately in the notion that the accused MUST be considered innocent until proven guilty beyond a reasonable doubt. So right now, Paul Manafort has to be considered to be an innocent man. 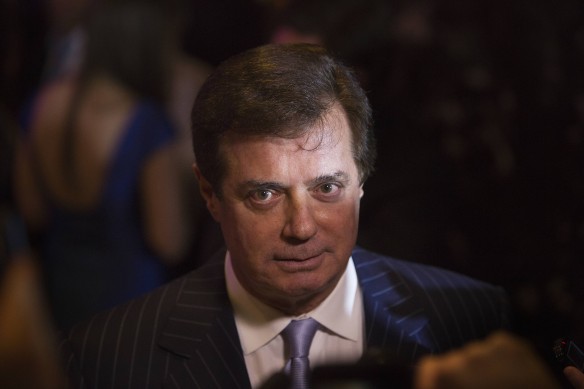 Essentially, this is a money laundering indictment. It’s grounded in monies coming from foreign sources having powerful political connections. It’s a well-constructed foundation for the accusation of collusion. And at the heel of the hunt, that’s what this is all about. It’s about Russia attempting (and, it seems clear, succeeding) to influence the outcome of the 2016 presidential election in favor of Donald J. Trump.

This is just the first step in building that case. Robert Mueller is a career prosecutor with a reputation of being both dogged and scrupulously honest (which is wonderful in a democratic system, and a terrifying combination to criminal defense guys like me). He didn’t put together a team of a dozen and a half seasoned prosecutors just to indict and prosecute a couple of guys like Manafort and Gates.

There’s still a lot of hard and ugly work ahead of us. Is it too early to cheer? Yes. But hey, cheer anyway. Cheer because it’s a good start and we’ve had so little to cheer about lately.

ADDENDUM (for the folks asking about Comrade Trump firing Mueller): The law is pretty clear about this — and remember, this law was crafted in relation to the Kenneth Starr investigation of President Bill Clinton. The special counsel can only “be disciplined or removed from office only by the personal action of the Attorney General.” In this case, it would be the Deputy Attorney General since the AG has recused himself. The law also states the special prosecutor can only be removed for “misconduct, dereliction of duty, incapacity, conflict of interest, or for other good cause, including violation of Departmental policies.”

So no, Trump can’t just decide to fire Mueller. He can, though, order the DAG to fire him. If the DAG refuses, Trump can fire the DAG, then appoint a new DAG who would follow the president’s order. As I’ve stated elsewhere, that ought to be considered highly improbable — but this is the Trump administration in which the concept of improbability is pretty fluid.

4 thoughts on “don’t start cheering yet (go ahead, cheer)”