Yesterday was a very odd day, wasn’t it. A very odd day all around the globe, really, considering what happened in the U.K. (U.K. elections are as incomprehensible to me as the rules of cricket), and what happened in Japan (what’s the point of being the emperor if the nation has to pass a law in order to allow you to abdicate?), and what happened in Australia (seriously, Saudi Arabia? Your fútbol team can’t offer up sixty seconds of silence to honor the victims of terrorism?).

And here in These United States the entire nation came to a halt — well, okay, not an actual halt; more like a slow coast — while the recently fired Director of the Federal Bureau of Investigation unloaded on Comrade Trump, the cartoonish dimwitted bully who is, to the constant astonishment of many, the sitting President of the United States. That spectacle was odd on so many levels that you’d need an abacus to count them all. 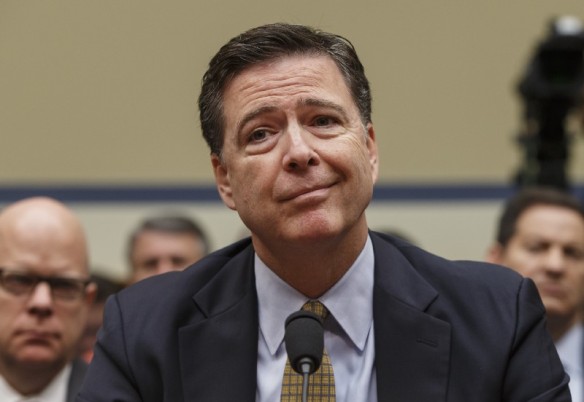 It was odd in part because throughout the day I heard a chorus of complaints and despair about how utterly fucked the U.S. is. I heard folks say they wished they could emigrate to…well, almost any place other than the U.S. Canada, France, Sweden, Spain, pick a place. I heard folks claim civilization was crumbling and democracy was dead. I heard folks wondering if the U.S. was salvageable as a nation. I heard them complain that the investigations into the Russian interference with the U.S. presidential elections were pointless because nothing would ever change. I heard them bemoan the fact that nobody really seemed to care that the President of These United States was elected in part because of that Russian interference, that Republicans in particular would continue to support Comrade Trump even if it was demonstrated that he was vulnerable to blackmail by Russia, that nobody really cared about anything but lining their own pockets.

I heard all that from people while they were watching Comey testify. I can’t (and don’t) blame folks for being disheartened and discouraged. I feel that way my ownself. But I’m also feeling stupidly hopeful, because I see a LOT of folks coming together to resist the barrage of bullshit that’s taking place.

You can’t claim nobody cares when there were millions of people are paying close attention to the Comey hearing. CBS News estimated that approximately 26 million employed people watched the hearing, which resulted in “$3.3 billion in lost or delayed productivity.” And that’s just the regularly employed people; it doesn’t count students, or folks who work from home, or folks who are unemployed, or people (like James Comey himself) who are “between opportunities.” It doesn’t count the people who listened to the hearing on the radio, or the people who followed the hearing on Facebook or Twitter, or who watched it live on YouTube. It doesn’t count all those folks who gathered in coffee shops and bars to watch the hearing, or the folks who watched it while at the gym. A LOT of people were paying attention to that hearing. 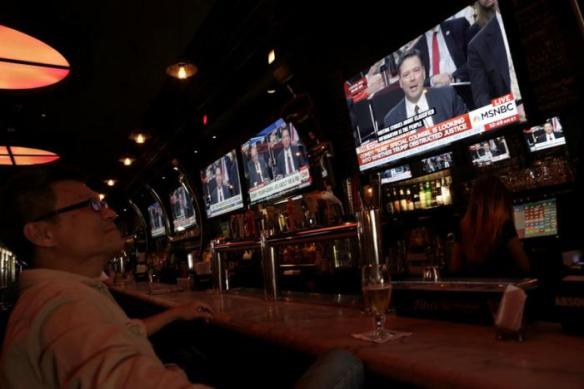 You can’t claim democracy is dead while the U.S. Senate is listening to the former Director of the FBI testify under oath in an open forum that he was fired by the president for investigating possible collusion between the president’s staff and Russia. Sure, the Republicans on the committee tried to present Comey’s testimony in the best possible light for Comrade Trump, but none of them suggested Comey’s claims were false (with the possible exception of John McCain, who was apparently distracted because he was in fierce hand-to-hand combat with reality). That’s democracy taking place, right there in front of us.

Things are most definitely fucked up in the U.S. right now. It’s bad, but we’ve been through worse — and not that long ago. Things were much more fucked up in 1974, when President Nixon was under investigation and facing probable impeachment. Back then the president’s Chief of Staff talked about possibly needing to mobilize the 82nd Airborne division of the U.S. Army to protect the president. We’re only at the stage where protecting the president means keeping his own cellphone out of his hands.

Speaking of time and cellphones — and this is entirely unrelated — yesterday evening I was sitting outside sipping a beer and ignoring my book, just idly looking at the clouds. As twilight slid on toward dusk, one star in the north sky became bright enough to see. Actually, I wasn’t sure if it was a star or a planet. I was interested in the constellations as a kid, but it’s been a long time since I paid any attention to them. So I engaged in a bit of what used to be science fiction.

We live in an age where a person can pick up their cellphone, ask it to suggest a star map application, download that app in seconds, and use it to identify a single star in the sky. How cool is that? It turned out to be Polaris, the pole star. My cellphone also informed me it was about 433 light years away. That means the light I was seeing yesterday evening had left that star during the height of the European Renaissance. That’s sort of staggering, isn’t it. Humbling, in fact.

I’m not going to claim it puts yesterday’s testimony in perspective, because you’d have to be a tunahead to consider contemporary politics from an intergalactic time frame (wait, is Polaris in our galaxy? Where’s my cellphone?). It was just one more oddity to add to an already odd day. I only mentioned it because it’s my blog and I can mention stuff if I want to.