In September of 2012 four men — a U.S. Ambassador, a Foreign Service information officer, and two CIA security contractors — were killed in Benghazi, Libya. They’d all volunteered to be stationed in that volatile region. They all knew the dangers they faced and the risks they were taking. 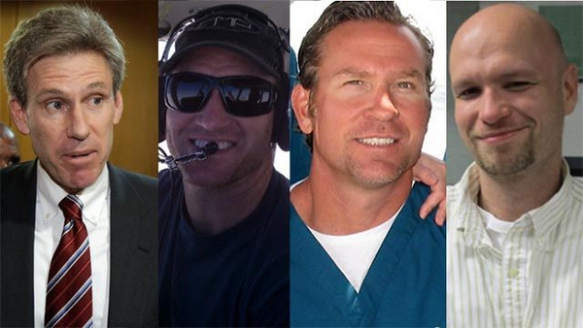 Three months later twenty children, all of whom were six or seven years old, were killed while attending Sandy Hook Elementary School. Six adults were also killed. The school was supposed to be safe. None of the dead were aware of the danger they faced. None had volunteered to risk their lives.

How many Congressional investigations were launched? None. How many hearings, how many briefings, how many pages of documents published? Take a guess. A limited firearm safety bill was introduced in the U.S. Senate. It failed to pass. The bill never reached the House of Representatives.

Let me just repeat that. Four adult men who volunteered to serve their country in a dangerous region were killed in the line of duty, and Congress is still investigating it in order (they claim) to ensure the tragedy never happens again. Twenty prepubescent children and half a dozen school teachers and administrators innocently attending school were killed, and Congress did exactly nothing.

Nothing is what they’ve done in response to every single mass killing since the horror at Sandy Hook. Nothing is what they’ll do about yesterday’s mass killings in San Bernadino and Savannah. They’ll continue to do exactly nothing unless ordinary people call them on it. Unless ordinary men and women and mothers and fathers and sisters and brothers pick up their telephones and call their representatives at their offices, unless we bombard them with email, unless we contact out local newspapers and demand action, unless we make it politically risky for the cowards in Congress to continue ignoring gun violence.

3 thoughts on “hold them responsible”