Did you see the GOP bun-fight Tuesday night? I did. And I was reminded of Aristotle. No, seriously, I was. Aristotle, you see, believed the brain’s function was to cool the blood, and wasn’t involved in the thought process at all. The Republican presidential candidates seemed to supply supporting evidence for that.

Did you ever see such an astonishing display of hubris and ignorance? Well, yeah, if you’ve watched earlier GOP debates, you probably have. And if you lived through the George W. Bush presidency, you definitely have. But still, damn. It wasn’t just the depth of their ignorance, it was the grand scope of it. They were deeply and profoundly ignorant about SO many things.

I mean, Trump — no, wait, I’ll come back to Trump. Let’s talk about Carly Fiorina first. She said this (and I’m not making this up):

Soon after 9/11, I got a phone call from the NSA. They needed help. I gave them help. I stopped a truckload of equipment. I had it turned around. It was escorted by the NSA into headquarters.

Carly also revealed her strategy to fight ISIL — just get the right generals.

One of the things I would immediately do, in addition to defeating them here at home, is bring back the warrior class — Petraeus, McChrystal, Mattis, Keane, Flynn. Every single one of these generals I know. Every one was retired early because they told President Obama things that he didn’t want to hear.

Every single one of those generals retired early — because they said things Obama didn’t want to hear. Every single one. Except General Petraeus, who was forced to resign after an investigation revealed he’d given classified material to a reporter. A reporter he was enthusiastically boinking. And except Gen. McChrystal, who resigned when he was found to have violated Article 88 of the Uniform Code of Military Justice, which is a court-martial offense. And then there’s Gen. Keane, who resigned five years before President Obama took office. The other two generals? Well, two out of five ain’t bad.

But Carly was a Rhodes scholar compared to Trump, who said — no, not yet. I’ll come back to Trump. Let’s talk about Chris Christie, who (honest, I’m not making this up) said:

I’d say to (Vladimir Putin), “Listen, Mr. President, there’s a no-fly zone in Syria; you fly in, it applies to you.” And yes, we would shoot down the planes of Russian pilots if in fact they were stupid enough to think that [I] was the same feckless weakling that the president we have in the Oval Office is right now.

It’s that easy, if you’re the Governor of New Jersey. Just tell folks “Hey, no-fly zone, clear your ass outa here.” Except that there are a LOT of different national air forces banging around in the sky over Syria. The U.S. and Russians, of course, but also the French, the British, the Turks, and the Saudis, as well as occasional raids by aircraft from the U.A.E. and Qatar and Bahrain and Jordan. Most of these are nations are near-neighbors of Syria, but Christie think all he has to do is stroll over and tell them where to fly.

As stupid as his comment was, at least Christie was referring to somebody who actually exists in the natural world. He wasn’t that careful during the entire debate:

I will tell you this, when I stand across from King Hussein of Jordan and I say to him, “You have a friend again sir, who will stand with you to fight this fight,” he’ll change his mind.

King Hussein of Jordan, a descendant of the Prophet Muhammad, has been dead since 1999. Chris Christie, if elected, will speak firmly to dead people. And Michael Jackson will teach him to do the moonwalk. 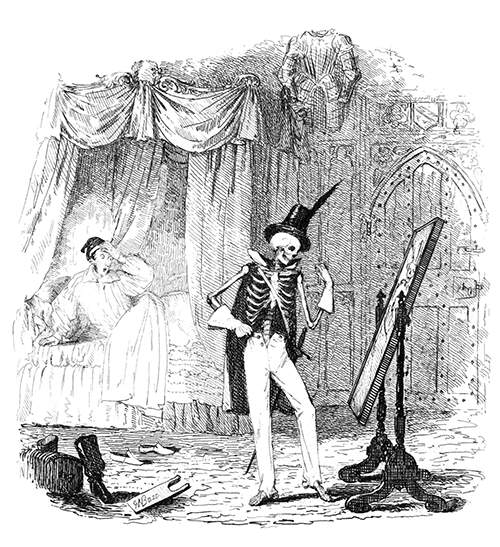 Still, I have to say Christie wasn’t as idiotic as Trump, who…no, let’s just hold off on Trump for a bit. Let’s talk about Ted Fuckin’ Cruz. Now there’s a piece of work. Cruz has said that if he were the Commander-in-Chief he’d “carpet bomb ISIS into oblivion,” and find out whether “sand can glow in the dark.” That glowing in the dark business is suggestive. It means Cruz 1) would use nuclear weapons against ISIL or 2) doesn’t know what the fuck he’s talking about. With him, either is possible. Or both. And in response to a more direct question about carpet bombing, he said this:

You would carpet bomb where ISIS is, not a city, but the location of the troops. You use air power directed — and you have embedded special forces to direction the air power. But the object isn’t to level a city. The object is to kill the ISIS terrorists.

Maybe Ted Fuckin’ Cruz has access to secret precision carpet bombing technology, because historically carpet bombing has basically meant blowing the shit out of every goddamn thing in the way. Or near the way. Or in the same general vicinity of the way. Carpet bombing is saturation bombing. It’s indiscriminate. It’s also pretty much considered a war crime. 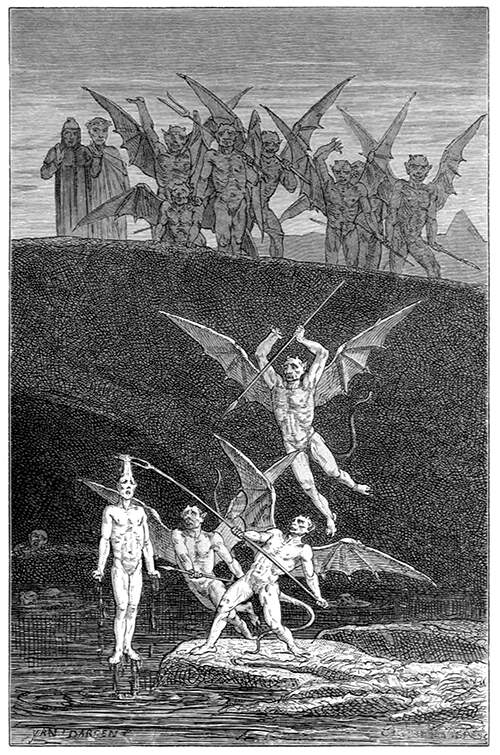 But the staggering military ignorance of Cruz is nothing compared to the ignorance of Trump. Trump was asked what his priorities would be in regard to the nuclear triad. Now, I’m going to guess you probably don’t know what the nuclear triad is. You don’t need to know, because you’re not campaigning to be the next President of These United States. Essentially, the term refers to the three methods of delivering (and there’s a fine use of the term deliver) nuclear weapons: strategic bombers, land-based intercontinental missiles, and submarine-launched ballistic missiles. Trump, who IS running for president, didn’t have a clue.

[W]e have to be extremely vigilant and extremely careful when it comes to nuclear. Nuclear changes the whole ball game. Frankly, I would have said get out of Syria; get out — if we didn’t have the power of weaponry today. The power is so massive that we can’t just leave areas that 50 years ago or 75 years ago we wouldn’t care. It was hand-to-hand combat.

That response got applause, believe it or not. I call it a ‘response’ because it was a series of words strung together in reaction to a question. But it’s not really a response because it had nothing to do with the question. There’s no coherent connection between the sentences. Hell, there’s no coherent connection between the beginning of some sentences and the end.

Then it got worse. Trump was asked to clarify.

I think — I think, for me, nuclear is just the power, the devastation is very important to me.

All is confounded, all!
Reproach and everlasting shame
Sits mocking in our plumes.

Let us all join in mocking their plumes.