This fuckwit is campaigning to be the Republican nominee for President of These United States — and they’re taking him seriously. What’s wrong with these people?

“We have excellent military leaders. We need to employ their expertise because this is a war we are fighting. That’s the bottom line.”

That’s Dr. Ben Carson. And that war we’re fighting? He’s talking — and I swear I am NOT making this up — he’s talking about the border between These United States and Mexico. And he said that in response to a question about whether the US should consider drone strikes on American soil to secure the border. 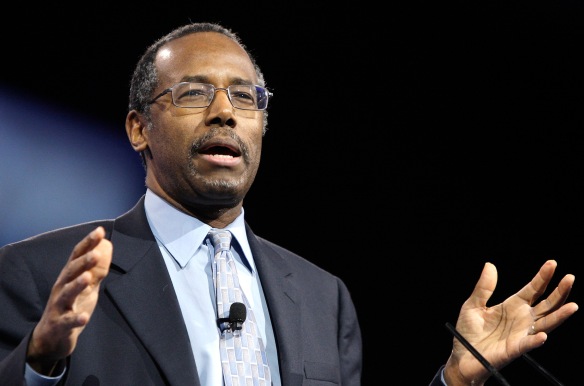 Drone strikes. Drone strikes. You know, like we’ve been doing in Yemen and Somalia and Pakistan. This fucking lunatic thinks drone strikes are worth considering to prevent folks from illegally crossing the border to pick the watermelons you’ll be eating at your next picnic. Oh, and did I mention that Carson, as I write this, is in second place among the candidates for the Republican nomination for president? He is. Second. And what makes this even crazier is he’s running second behind Donald Trump (whose border policy, I believe, is to build a giant Wall O’ Trump — it’ll be yoooge, classy — and he’ll hire frat boys to stand guard on top of it, and if they see a brown person approach from the South they’ll shit in their own hand and fling it at the poor bastard).

Drone strikes. You know, because this is a war we’re fighting. If we have to ram a missile up some brown person’s ass, well you can’t make an omelet and all that.

“You look at some of these caves and things out there, one drone strike, boom, and they’re gone.”

Boom! Just like in the Road Runner cartoons. Of course, it costs between US$2,500 and $3,500 per flight hour to run surveillance drones. You want a strike drone — one that can fire missiles; say a Predator or a Reaper — the costs go up dramatically. It takes a team of about 180 people to operate and maintain each of those sumbitches. Also? Each Hellfire missile costs around $60,000 — and you can only use them once, you know. 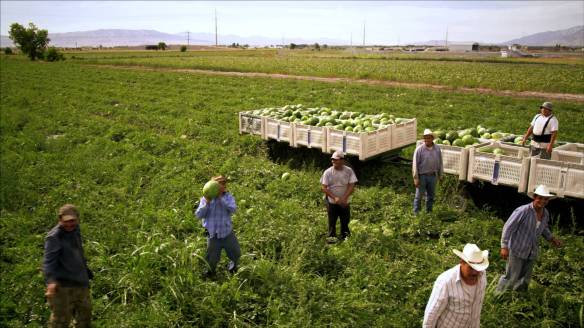 Watermelon terrorists, for the love of Jeebus, won’t somebody DO something?

It’ll add up pretty quick, drone strikes against illegal immigrants. But hey, war, right? If that’s what it takes, then that’s what it takes. If we can provide just one decent law-abiding American the opportunity to find a career in the lucrative field of watermelon harvesting, it’ll be worth it.

Second. He’s running second. To Trump. Just saying. It is to weep.

UPDATE: I was joking about the Wall O’ Trump — but this just in (and really, I swear I’m NOT making this up):

Trump waxed on almost poetically about the wall that could bear his name on the Southwest border. “I want it to be so beautiful because maybe someday they’re going to call it the Trump wall,” he said.