Sometimes I find myself sitting around and thinking You know, this situation is pretty fucked up. I was thinking that after yesterday’s mass shooting. Which by the most commonly used definition of the term wasn’t actually a mass shooting.

A culture is pretty fucked up when there has to be a debate over how to define ‘mass shooting’. Here’s the most commonly used definition:

Shootings at a public place in which the shooter murdered four or more people, excluding domestic, gang, and drug violence, in a single episode.

There are at least three problems with this definition. Here’s the first and most obvious problem: murdered. This definition only counts bodies. You go to your neighborhood cineplex and wound half a dozen people but only kill a couple of them, it’s not going to count as a mass shooting. That’s pretty much fucked up, right there. 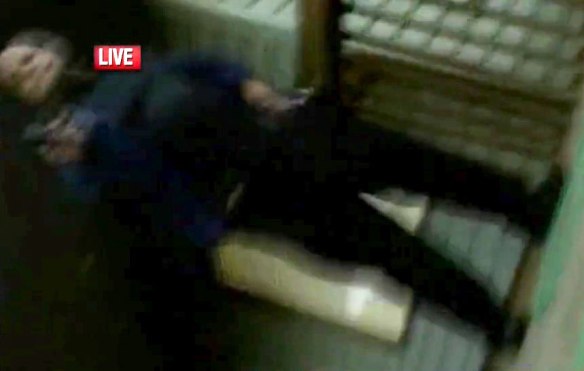 Not a mass shooter.

Second problem: excluding domestic, gang, and drug violence. I can sort of understand why researchers would choose to exclude gang and drug violence. That sort of violence is incidental to other behaviors — the violence is a consequence of gang/drug activity. You get involved in gangs or the drug trade, you’re voluntarily assuming a certain amount of risk. It’s like BASE jumping in that sense. So if you kill a half-dozen folks when your drug deal goes bad, it’s not going to count as a mass shooting. That’s fucked up.

What we’re talking about here is male violence against women. Almost all mass shooters are men, and the most common type of mass shooting is a man shooting members of his family (or his ex’s family, or his girlfriend’s family, or the family of a woman who rejected him). Most of those victims are women and kids. You get pissed off and kill a bunch of folks you claim to love — folks who aren’t strangers — it doesn’t count as a mass shooting. Maybe they’ll count it if you do it in at the local McDonald’s. Maybe. But otherwise it’s just another domestic murder. You know what that is? It’s fucked up, is what it is.

And here’s the third problem with that definition: in which the shooter murdered. The shooter isn’t included in the butcher’s bill. Now, I understand the emotion behind excluding the shooter. The sumbitch doing the shooting doesn’t deserve to be considered a victim. But it’s still part of the episode; he’s still dead or wounded. And let’s be honest, that’s often just as intentional as the shooting of the other folks. You shuffle over to the local mall and open fire, kill three people, wound half a dozen more, then eat your Glock, it’s not going to count as a mass shooting. That is totally fucked up. 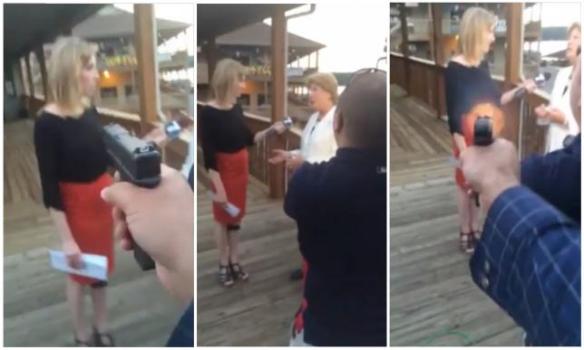 What if we broaden the definition of mass shooting?

Shootings in which four or more people are killed or wounded in a single episode.

Makes sense, doesn’t it. There’s actually a crowd-sourced mass shooting tracker that uses that definition. By that definition there have been 248 mass shootings so far in 2015. That’s as of fifteen hours ago. There’ll be more today. You can count on it. And the fact that you can count on another mass shooting today — one that will go uncounted because not enough people died, or because the wrong people died, or because the dead weren’t littering a public place — that’s fucked up beyond all recognition. 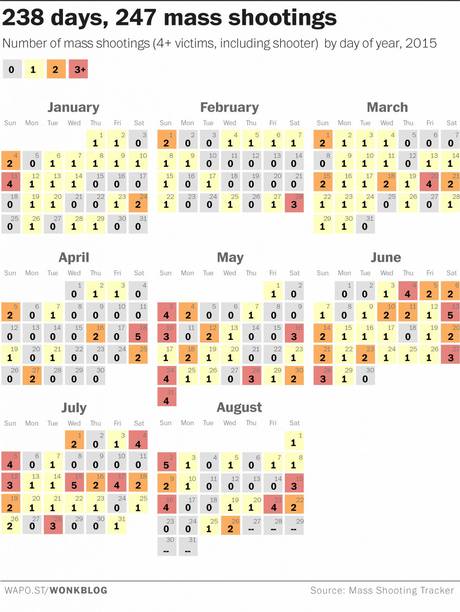 And here’s another thing that’s fucked up. The guy who shot the reporter and cameraman in Virginia recorded the non-mass shooting on his phone and posted it to Facebook and Twitter. That’s fucked up in ways beyond the obvious ‘What sort of twisted individual would put that shit on social media?’ way. It’s fucked up because research shows that mass shootings that get publicized tend to be contagious. They spark more mass shootings, often with the same weapons used in the initial mass shooting.

People who, for one reason or another, are fucked up in some way often model their behavior on the behavior of other folks. Some highly publicized behaviors, like teen suicides or hate crimes, establish what social psychologists call a path of action — a complete narrative in which the person can visualize their steps and their effects. And that path of action helps them follow through on the act — whether it’s suicide, bashing trans folks, or shooting a whole bunch of people. 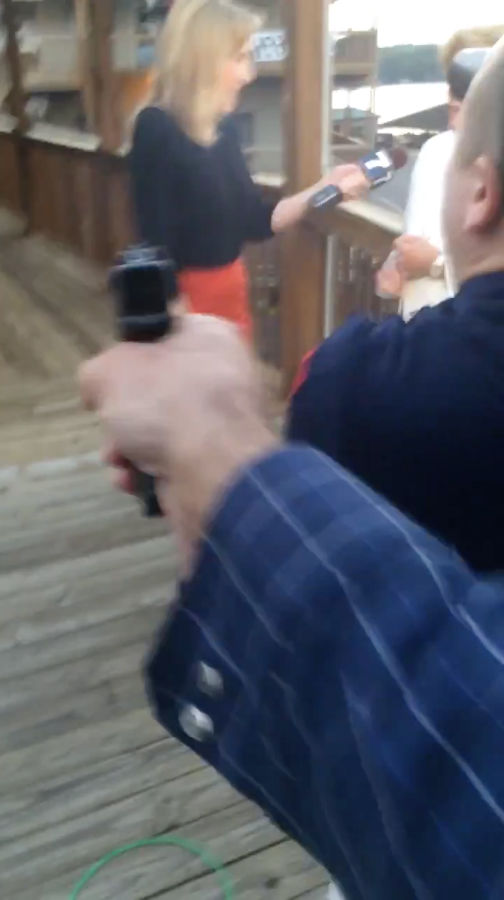 So it’s fairly safe to assume we’ll see more homemade first person shooter videos. This may become a trend. Which brings me back to my original thought. This situation is pretty fucked up.

My initial response is that excluding the shooter from the body count seems unnecessarily judgmental, as if including the shooter would suggest sympathy for him. On further reflection, though, the definition includes the wounded as well as the dead — and it makes sense to exclude the shooter if he was wounded by law enforcement in their efforts to stop the shooting.