This guy. Seriously, this guy. His name is Jason Chaffetz. He’s a Republican from Utah. It’s because of this guy — and others like him — that the United States sometimes behaves like a drunk with Alzheimer’s.

At the end of last week Chaffetz appeared on a FOXNews show, where he complained about the Obama administration’s response to the non-existent Ebola crisis in the U.S. He was, of course, outraged — which is the default for Republican members of Congress.

“Why not have the Surgeon General head this up? I think that’s a very legitimate question. At least you have somebody who has a medical background who’s been confirmed by the United States Senate.”

The answer, of course, is because we don’t have a Surgeon General. So a better (or at least a more intelligent) question would be Why don’t we have a Surgeon General? The answer to that is because Republicans in the Senate have blocked President Obama’s nominee, Dr. Vivek Murthy. Why have they blocked his nomination? Because Dr. Murthy has stated publicly that he believes easy access to firearms in the United States poses a threat to the nation’s public health. (Speaking of firearms as a threat to public health, we just had the 87th school shooting since the massacre of innocents at Newtown almost two years ago — three dead, at last count, including the shooter.) 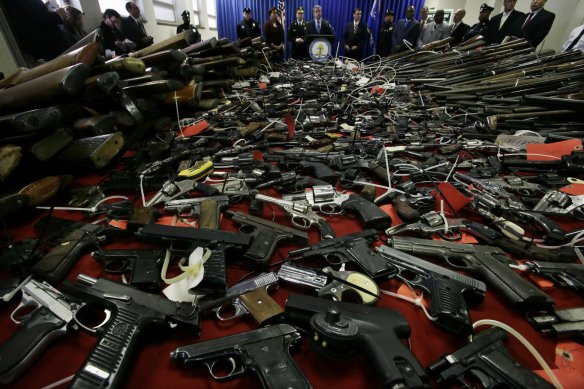 Not a public health issue

It’s bad enough that Chaffetz wasn’t aware that we haven’t had a Surgeon General since July of last year. What’s worse is that we have a political party that believes one Ebola death in the U.S. constitutes a public health crisis, but more than 30,000 firearm-related deaths every year doesn’t. Ladies and germs, that’s your modern Republican party.

So who is this Chaffetz, anyway? He got his start as a spokesman for Nu Skin Enterprises. Nu Skin describes itself as a ‘multilevel marketing company’ which produces and sells ‘personal care products’ and ‘dietary supplements.’  According to the Attorneys General of Connecticut, Pennsylvania, Florida, Illinois, Ohio, and Michigan, as well as the U.S. Federal Trade Commission (and, most recently, the government of China), Nu Skin is probably a pyramid scheme that scams people into selling its products, which don’t do what Nu Skin claims they do.

Chaffetz apparently decided to get into politics after meeting former President Ronald Reagan, who was visiting Nu Skin as a ‘motivational speaker.’ As a Congressman, he’s best known for two things. First, opposing the right of employees of the Transportation Security Agency to engage in collective bargaining (and subsequently accusing the TSA screeners at the Salt Lake City airport of requiring him to submit to a full body scan because of his opposition). Second, accusing the Obama administration of deliberately failing to protect American personnel in Benghazi while acknowledging he’d voted to cut the funding for embassy security (“Look, we have to make priorities and choices in this country”). Again, this is your modern Republican party.

“We have to make priorities and choices.” — Jason Chaffetz

So, just to be clear, we have a Congressman who began his career defending a pyramid scheme, who claims to have been singled out for retaliation by TSA employees because he tried to prevent them from joining a union, who blames the current administration for not providing enough embassy security in a volatile region after he’d voted to reduce funding for embassy security, and who faults the administration for failing to put a Surgeon General who doesn’t exist in charge of dealing with an imaginary public health crisis, while ignoring a very real public health crisis that kills more than thirty thousand citizens every year.

It’s all about priorities and choices. By the way, Congressman Chaffetz has a line of skin care products he’s sure you’d be interested in.

1 thought on “priorities and choices”