So as near as I can tell from reading FreeRepublic.com, the latest take on the Daily Ultimate Benghazi Scandal of the Century!!!! is this: President Baraq Hussein Obama was selling arms to al Qaeda so they could attack Syria (or maybe defend themselves against Syria — to be determined), but Ambassador Stevens found out and so had to be eliminated, so Hillary had her lesbian assistant contact her (the lesbian assistant’s) Taliban relatives and ordered them to attack the U.S. mission compound in Benghazi, then they all lied about it, thereby guaranteeing Obama’s re-election.

Or wait, maybe Obama arranged for Ambassador Stevens to be kidnapped and raped, after which he would be exchanged for the Blind Sheik Omar Abdul-Rahman, thereby guaranteeing Obama’s re-election, but it all went terribly wrong when two former SEALS who were in Benghazi to investigate missing surface-to-air missles interfered with the assault, so Obama had Hillary sabotage any rescue attempt in the same way she ordered a helicopter carrying members of Seal Team Six to crash, preventing them from telling the REAL STORY of why Osama bin Laden was killed (or maybe the REAL STORY of why bin Laden wasn’t killed — to be determined), thereby guaranteeing Obama’s re-election.

Or wait, it was George Soros who ordered the gay Muslim President of the United States to send possible lesbian (to be determined) Valerie Jarrett — the daughter-in-law of Obama’s U.S. Communist Party mentor — to Iran in order to something something Benghazi kill Americans jihad jihad ACORN, thereby guaranteeing Obama’s re-election. 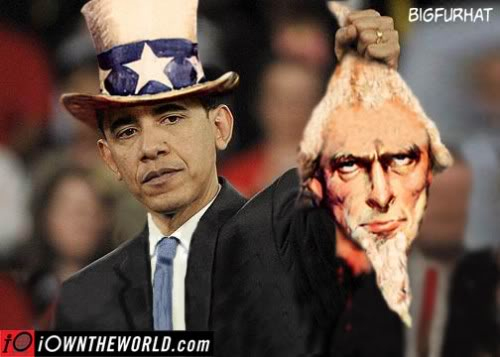 So obviously there was a cover-up at the highest levels of government. What? You want evidence? You want proof? Here’s your evidence and proof, taken directly from FreeRepubic.com

Why did we have 30 operatives in a CIA complex in Benghazi? What were they doing there? Were they running guns to Syria? Were the recipients of those guns Al Qaeda? Were anti-aircraft missiles included? The deeper question is beyond political, it is TREASONOUS. I suspect 0bambi was knowingly arming Al Qaeda, our ENEMY. Uncle Miltie

Obama is obviously covering for his Jihadi friends. That is why there has been no investigation, NO suspects, NO arrests, NO names mentioned of who is responsible. Telepathic Intruder

al Qaeda is within the Gates of the White Hut, CIA and State Department. Texas Fossil

Identities SEAL Team Six are now known to our enemies thanks to Taliban operatives in the White House. Bounties and rewards for SEAL their scalps are being collected.  Tugo

the US government had an iman desecrate their bodies at the airport with some moslim prayer condemning the infidels to hell. Sunny48

The SEALs have been the object of onama’s revenge since they shot that poor somali pirate and saved an American. I must have said it now a hundred times.  Mesta Machine

We need to expand the search. Zero is a puppet as are all presidents. Who is he a puppet for? Who is try to spread Islam as far and wide and as fast as possible? Answer those questions and we will have whomever is behind Benghazi, Sandy Hook and Boston. B4Ranch

The question which nobody is asking: Did Bork Obunga and his puppet-master George Soros generate an immense reservoir of hatred against Americans in Libya in 2011 by taking down what amounted to the best government in the Islammic world for motives amounting to little if anything other than pure greed, and THEN set the stage for a US ambassador to be tortured, raped, and then killed by sheer fecklessness with no meaningful response in the picture even eight months later? Varmintman

The whole event was staged as an assasination of Stevens, who had become aware that the CIA was arming the Syrian “rebels” through Benghazi with Obama’s full approval. Stevens disapproved of that operation, being the true pacifist that he had been all of his life.  editor-surveyor

we have a ghazi running the muslim outreach center from our white house….. soon to be their customary color…Black.\ Black House with minarets. himno hero

I think trading the blind sheik in exchange for the 30,000 SAM’s & other weapons for a kidnapped Stevens was the October surprise…why else would you send him to such a danger zone stripped of all protection…nothing else makes any sense!  Stayfree

Bengazi assault was led by a radical who was released from Gitmo —clearly this plan wasn’t hatched and executed on-the-fly; that nut was released for a very specific reason and his REAL boss was and possibly even IS NOW Vallerie Jarrett.  gaijin

Eric Nordstrom said ‘the Taliban is inside the building”….what building, the WHITE HOUSE with Hussein, the Muslim…..the State dept, with Hillary, who hired the released GITMO Al Queda detaineee named Qumo… and Muslim Brotherhood HUMA ABEDIN???? The Pentagon? The CIA with the LYING General Patraeus??  Ann Archy

You can be sure VJ (Valerie Jarrett) is in action on Tehran. She was born there, and is the leading marxist in the Kenyan Whtie House. Her father-in-law was Frank Davis, Obama’s US communist party member mentor. Flying Eagle

I know, that’s discouraging as hell. It gets worse. According to a recent survey by Public Policy Polling, 74% of Republicans believe Benghazi is a worse political scandal than Watergate — and 41% of them believe it’s the worst political scandal in American history. Would you be surprised to learn that 40% of Republicans don’t even know where Benghazi is? Nearly 40% of those respondents who stated Benghazi was the worst scandal in American history don’t even know where it is. Some of them thought it was in Cuba. Seriously, Cuba.

Is it too early to start drinking?

4 thoughts on “is it too early to start drinking?”