So last week Donald Trump promised to make a ‘big announcement’ about President Barack Obama’s…no, wait. First, we should probably talk about the social and economic upheaval that followed the Black Plague in the 14th century, because…no, wait. It might make more sense to explain the Dutch language spoken from about 1100-1500 CE is known as Middle Dutch. That’s only important because…no, wait.

Okay, let’s try that again. The Black Plague killed off a hefty chunk of the population of Europe, right? Right. One result of that was the loss of village merchants. Before the plague if you needed a pan, you’d walk into the village and buy a pan. No big deal, easy peasy lemon squeezy. But then the plague comes and your local pan dealer goes toes up, and suddenly there’s no place to buy a pan. And you need a pan, right? What are you going to do — cook your porridge in a boot?

Business opportunity! There was a surge of wandering pedlars who traveled from village to village in the Low Countries selling and repairing cheap wares: pots and pans, knives and scissors, cheap jugs and pitchers. These wares were known as hoken and the men who sold and repaired them were called hokesters. They not only sold and repaired pans, the best hokesters regaled their customers with news and gossip from other villages. 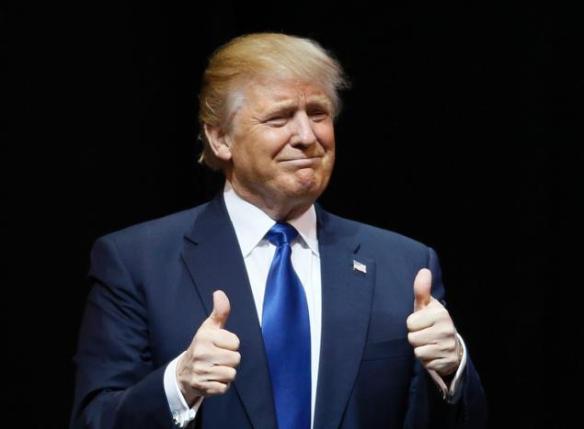 You need a pan? I got a pan. Such a pan, shiny, best ever, people tell me. People love my pans, I can tell you that.

But there were also shady hokesters. They were basically con men who charmed their customers, played on their vanity, fed into their prejudices, encouraged their desire to win a bargain through haggling, said whatever they needed to say in order to sell them some cheap-ass, shoddy hoken that soon needed to be repaired or replaced. These asshole hokesters effectively created a revolving market. They’d sell you a shiny cheap-ass pan that dented easily or broke because it was good for business. They could either charge you to repair it or sell you another cheap-ass pan, which would also break soon.

Over time, the population of Europe recovered from the Black Plague. Honest pedlars set up shops in town, and you could buy a damned pan without much fuss again. Only the shifty hokesters continued to travel the pan circuit. The Middle Dutch word hokester morphed into the modern term huckster.

Which brings us to Donald J. Trump.

The news media is constantly baffled by Trump’s willingness to say completely different things to different audiences, without any regard to consistency. They continue to view him as a person running for political office — but he’s not. He’s just a huckster selling his product. Everything he says and does is said and done to move a product — and Trump’s product is his name. Not Trump as a person; Trump as a product. Here’s what’s important to remember: a huckster says whatever he thinks will entice the customers in front of him right now to buy his product. He’s not interested in what he said to a different set of customers yesterday. It doesn’t matter. He’s already sold them a shiny cheap-ass pan, and he’s moved on. A huckster shifts his pitch to entice the customer at hand.

What, your pan broke? It happens, pans break. Pans break. They break, trust me. If you want, I can sell you a better pan.

Trump isn’t driven by ideology, or principle, or religion, or concern for the public, or any of the other motivations that drive politicians. He’s driven by the desire to move the product.

Is Trump a racist? Maybe, I don’t know. He may not give a shit about race. But he’ll play along with racists if he can sell them a shiny pan. Is he anti-Muslim? Maybe. Maybe he’s go no interest in religion at all. But if it helps him unload some cheap-ass scissors, he’ll say anti-Muslim shit all day long. Is he a patriot? Don’t know, but there’s product to be moved and if waving a flag will help move it, then he’ll be Betsy fucking Ross for a couple of hours.

Trump is a huckster, plain and simple. A huckster on a very big stage, but still a huckster. He’s selling shiny, cheap-ass pots and pans to chumps. There’s always somebody who’ll buy that shit.

6 thoughts on “the black death, cheap pans, and trump”