Back in July Bernie Sanders said folks need to “stop shouting at each other” about gun control legislation. A few weeks later, in a speech, he said this about gun control: “[P]eople shouting at each other is not doing anybody any good.” Earlier this month Bernie said that as a nation we need to “get beyond the shouting” when it came to gun legislation. And at the first Democratic debate, he said this:

“As a senator from a rural state, what I can tell Secretary Clinton, is that all the shouting in the world is not going to do what I would hope all of us want, and that is keep guns out of the hands of people who should not have those guns and end this horrible violence that we are seeing.”

And hey, Bernie’s right. Shouting at each other does more harm than good. Once the shouting starts, brains shut down. 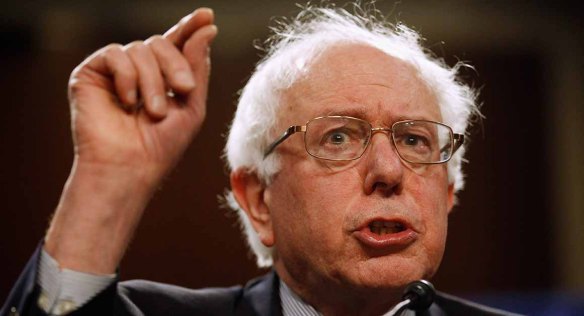 “I’ve been told to stop — and I quote — shouting about gun violence. Well, first of all, I’m not shouting. It’s just that when women talk, people think we’re shouting.”

And hey, Hillary’s right. Women who take a strong position on a subject — almost any subject — and speak forcefully about it, are often accused of shouting and being ‘hysterical’. Well, more accurately, women are usually accused of shrieking. It’s a tactic intended to keep women quiet.

Her comment has created something of a fuss. The news media have turned this into a Hillary versus Bernie story. He said this, she said that, and it becomes all about the spat. Any actual difference in their policy positions on gun safety gets lost.

Here’s the thing: they’re both mostly right. Bernie’s comments about people who shout failing to communicate are germane, though there was no need for him to mansplain it to Hillary. Her comments about women being accused of shouting are spot on, though it’s inaccurate to suggest Bernie is sexist. Bernie tends to be blunt — which is usually a good thing, though certainly not the best default approach for a politician who needs to get things done. Hillary tends to be politic — which is great for diplomacy, but isn’t necessarily completely honest.

It’s completely fair for each of them to find fault with the other’s position on gun policy. And the news media would be right to report their different positions. But instead they’ve opted to turn a policy difference into a personal spat.

4 thoughts on “this isn’t news”