Okay, just chill the fuck out. We’ve got one guy — one guy — with Ebola in the United States. One guy. It’s not a big deal (unless you’re that one guy, of course).

Here’s the thing about Ebola: it’s only transmissible when the patient is exhibiting symptoms. Also, the only way you can be infected is if you come into contact with the patient’s bodily fluids.

This Ebola guy, he wasn’t exhibiting any symptoms when he flew in from Liberia. How many symptoms was he exhibiting when he flew in? None. He didn’t begin to display any symptoms until four days after he arrived. And what did he do then? He went to the hospital. Which is exactly what he should have done. The hospital checked him out and sent him back home. Which is a perfectly fine thing to do if a guy has the flu. It’s exactly the wrong thing to do if the guy has Ebola.

Couple days later, the guy returned to the hospital, still sick. Still the right thing to do. This time, though, the staff apparently learned he’d recently arrived from Liberia, and they isolated his ass. And they identified and checked on all the people he’d had close contact with. 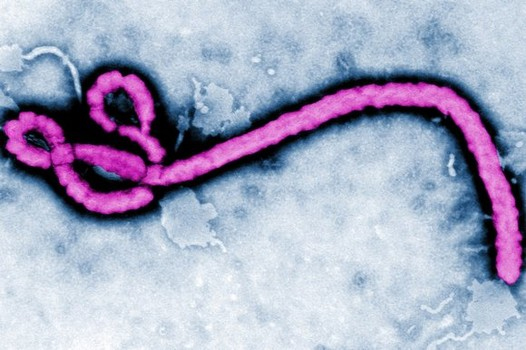 But there’s three pieces of good news: First, Ebola isn’t that transmissilbe, despite what you may have seen in the movies or on television. Popular entertainment media are NOT reliable sources of epidemiological information. Unless somebody — his family, the nurses, the doctors — happened to dip their fingers into the Ebola guy’s bodily fluids, they’re not going to contract the disease. Second, you can bet your ass that from now on when somebody arrives in the E.R. with a fever and other symptoms that might indicate Ebola, somebody is going to be asking the patient if he’s recently been in western Africa. Third, right now researchers and epidemiologists are swarming all over that hospital in Texas with all the fervor of spawning salmon. It won’t take long before they know every detail of that poor bastard’s life.

There’s also bad news: Ebola might not be as transmissible as once thought, but it appears to be more infectious. Even minimal contact with an infected person’s bodily fluids may be enough to pass on the infection. Still, no need to wet your pants. Why? Because First World folks generally tend to be relatively fussy about touching other people’s bodily fluids.

Here’s a simple test to determine if you might have Ebola:

Question 3: Why are you taking this test instead of checking your ignorant ass into the hospital?

So there it is. Yes, we have an Ebola patient in the U.S. No, it’s not a threat to national security. No, you’re almost certainly not going to catch Ebola. No, it’s exceedingly unlikely that it’ll spread here like it has in parts of western Africa.

This is why doctors and nurses have become infected – inadequate protection

Don’t get me wrong — Ebola is some wicked bad shit. But it’s only a serious threat in nations with really lousy public health systems. Every time Ebola has shoved its nose into some country with decent basic health care — and I mean basic, we’re talking about stuff like trained health care professionals, access to gloves and masks, maybe some isolation wards — it got dough-popped on its ass.

You know how you can tell if a nation has a shitty public health system? When the people dying of Ebola include doctors and nurses. Because that usually means they don’t have enough gloves and masks. They don’t have enough gloves and masks. Weeping Jeebus, what fucking tragedy. Regular folks in those nations get Ebola because they care for their sick. I don’t just mean they take care of their sick; they care for their sick. They hold their hands, they lave their fevered brows, and they personally wash the bodies of their dead. It’s wonderfully intimate. And if the sick guy has Ebola, it’ll kill you.

There’ll be other Ebola cases in the United States in the future. Count on it. And there’ll be cases in Europe, and other places with decent public health systems. That’s just the way the world is now; viruses have no respect for borders and they love air travel.

But we can keep it in check; there won’t be any bodies in the street. In the U.S. you’re safer from Ebola than you are from getting tagged by some camo-wearing mall shooter. That’s a complete different fucking tragedy.

6 thoughts on “omg the ebolas are here”