Jeebus in a wheelbarrow, there’s no escaping this guy. Cliven Bundy, the freeloading Nevada rancher who rallied members of Y’all Qaeda to his freeloading ranch to protect the rights of freeloading white ranchers, made some disparaging and racist comments about freeloading Negroes. Quelle surprise!

This, of course, is a shit-storm complication for all those conservatives who lionized Bundy as a hero. So this afternoon I poured myself a cuppa and poked my nose into FreeRepublic.com. I was curious how they’d react to Bundy’s racist comments.

You can always count on those folks to respond loudly and angrily to almost anything. And they didn’t disappoint. First, they questioned whether Bundy actually made the racist comments.

“There is zero evidence he said anything. This is the NYT on its own with no evidence to back up their ‘hearsay’ claiming he said it.”

“How stupid are American’s supposed to be in Liberals opinions?????? OVERHEARD????? We are just supposed to blindly believe government mouthpieces at the NY TIMES?”

“I want to hear the tape of Bundy making those statements. Then I want forensic experts to validate that the tape is indeed Bundy and is not just a mashup of sound bites using Bundy’s voice. And even then, I wouldn’t believe it.”

And then they heard the tape. And hey, you can hear it too. Fast forward to about the 17 minute mark, which is the point at which Bundy starts talking about ‘colored people’ and their freeloading ways. 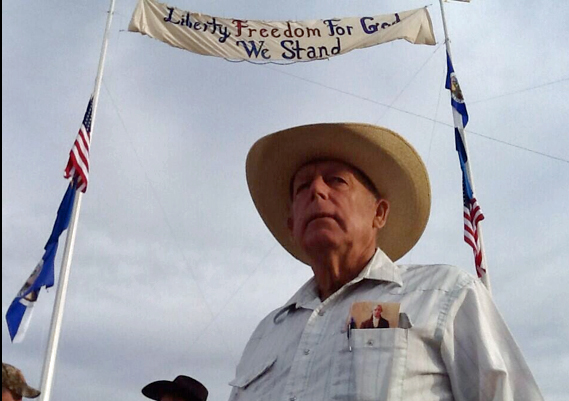 Liberty Freedom for God We Stand (and fuck punctuation in the neck).

So okay, maybe Bundy actually said what he was accused of saying. But c’mon, what really matters here — what Bundy said? Or the fact that Adam Nagourney, the New York Times reporter who wrote the article, is gay? Let’s take a guess which is more important on FreeRepublic:

“Nagoureny is a lying, mercenary scumbag.”

“He’s openly gay, so there’s no doubt he relished penning this hit-piece about the hated Christian rabble out West supporting Bundy. Nagourney is worse than a simple ‘deadbeat journalist’ – he’s a vicious mercenary who uses his talents to support a bullying, malevolent government/media complex.”

Obviously, it’s completely impossible to separate what Nagourney said from the fact that he’s gay. His gayosity obviously taints everything he says or writes. If Cliven Bundy was gay, you think so many patriots would rally to his defense? I’m just guessing here, but I think probably not.

But hey, Bundy is only a racist. So clearly you shouldn’t judge him based solely on his personal views:

“Bundy’s personal views on race or pancakes or anything else have NOTHING to do with this issue.”

“Makes you wonder if people can isolate this land issue from their personal feelings toward bundy. Should the man be destroyed based on this?”

“Bundy’s racism does not threaten anyone. Federal terrorism threatens us all.”

“Even if he did say it, he’s entitled to his opinion. That’s a First Amendment Right, right there.”

“People rallied to Bundy’s defense not because of him. I couldn’t care less if it was a member of the Black Panthers! The Fed are in the wrong. THEY have seized land they have no right to, and terrorized civilians. None of this is about Bundy! THE FEDS ARE TYRANNICAL!!!”

So yeah, even if Bundy IS a racist, it doesn’t matter. What matters is that he should be allowed to graze his cattle on public land without paying the fees everybody else has to pay. Because of the tyranny.

But wait…hold on just a minute there cowboy. Was what Bundy said about Negroes actually racist? Was it really? Hell no, not according to many in FreeRepublicLand:

“What was Racist about it? That he was a White man pointing out the OBVIOUS problems in modern Black culture and the government as the root cause? ”

“[E]ven if he did say it, were blacks better off doing forced labor and raising intact families, or living in fatherless broken families, speaking a jargon worse than jive, and shooting/murdering each other on the streets of America like popcorn?”

“And what about the ones in prison? And there are a LOT of ‘em.”

Yeah! What about those Negroes freeloading off all those government benefits while in prison? Lazy bastards. It’s pretty obvious to Bundy’s supporters that Negroes were better off as slaves because slavery kept their families intact (you know, aside from when they were sold, but let’s not focus on details). Could forced labor be any more detrimental to a culture than speaking a jargon worse than jive AND murdering each other like popcorn. Just like popcorn!

And c’mon…was slavery all that bad? I mean, it got the slaves to America, didn’t it? Land of the Free? You’d think they’d be glad about that.

“Africa is a hell hole and maybe in comparison they would be glad they were brought here. I don’t know, I have never asked the question, I have just wondered it.”

“Slaves were actually rather expensive, and well taken care of—>in most cases<—, so one can say that in those circumstances, ‘they’ were better off than the current situation described by Bundy regards those sitting at the porch with nothing to do.”

Hard to argue with logic like that. If you bought a really good dog, you’d take good care of it, wouldn’t you. Sure you would. You’d feed it and give it a place to sleep and you’d never beat it (unless, you know it needed beating) or rape it (unless you’re a pervert). And if you rescued a dog from an animal shelter, wouldn’t the dog be better off? I’ve never asked the question; I’m just wondering.

“So how is living on the demorat plantation with food stamps, section 8 housing, WIC, SNAP, EIC, Obamacare, Obamaphones, affirmative action, or any of the other 77 welfare programs different than slavery when the recipient has no freedom other than to vote for the “Man” to keep living on the plantation?”

Yeah, how is that any different from slavery? I mean, you know, aside from the whipping and the rape and not having any rights at all. Negroes get food stamps now, which is exactly like slavery. 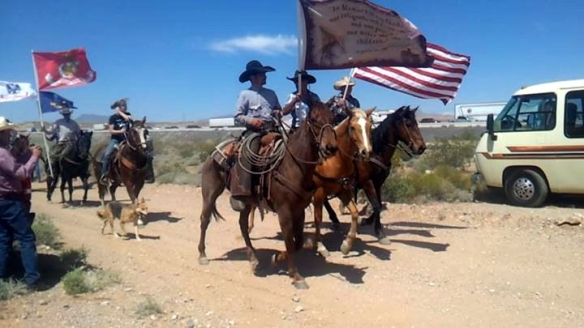 “Nothing wrong with his statement after all WE are ALL slaves NOW!!! The government damn near DICTATES every aspect of our lives and WE PAY them, their ENTIRE lifestyle and benefits are paid by us, I pretty much call that slavery!!!”

If you think about it, Cliven Bundy is like Nat Turner for white ranchers. He’s just rallying the slaves, resisting the oppression of white ranchers at the unfeeling hands of the arrogant, lawless, and illegitimate Federal government, which is fraudulently overseen by the communist Negro occupying the White House.

And people call him a racist….

1 thought on “race or pancakes”