Seriously, this shit surprised me. I mean, I know there are  a lot of Republicans in Congress who are ideological dicks more interested in making political points than in participating in the actual process of governing the fucking nation. But THIS? This is some outrageous shit, is what this is.

I’m talking about Senate Bill 1982. The Comprehensive Veterans Health and Benefits and Military Retirement Pay Restoration Act of 2014. It’s not what you’d call a sexy title, but this bill — had it passed — would have provided US$21 billion of extra coin over the next decade to expand military health benefits (including mental health treatment). It would have increased veteran education benefits. It would have expanded job training programs.

The bill — had it passed — would have done a lot of small things that would make military service somewhat less onerous. If, say, a National Guard member was a licensed electrician and his license expired while he was deployed in Afghanistan, this bill would protect that license and extend the time in which it could be renewed. It would protect troops whose apartment leases expired while they were on deployment. It would forestall home foreclosures until troops could return from deployment and give them some time to get their financial matters straightened out. Little shit like that matters to ordinary folks.

But the bill didn’t pass. It didn’t pass because Senate Republicans blocked it. Seriously. Why did they block it? Bullshit reasons, that’s why. Some objected to the inclusion of ‘reproductive treatment and services’ based on some incomprehensible Jeebus-sparked twaddle. But here’s the thing — if some poor bastard gets his cojones shredded by an IED on a road in Helmand Province, but still wants to have a family, Jeebus ain’t going to plant no baby in his wife’s womb. Medical science will do that. 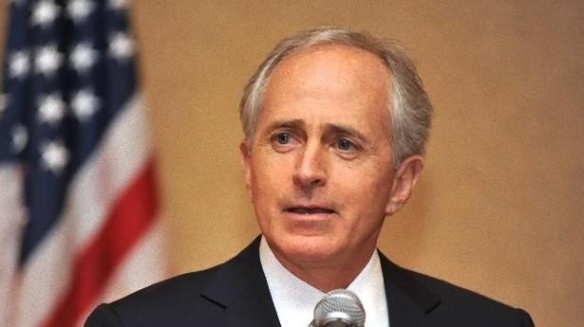 Some Republicans were concerned about the cost. Of course, they weren’t terribly concerned about the cost of going to war. And, of course, they’re all supportive of the new Lockheed-Martin F-35 Strike fighter — which, so far, is US$163 billion over budget and seven years behind schedule. But $21 billion stretched out over ten years for veterans? Too fucking expensive.

Even worse (and lawdy, you wouldn’t think there could be anything worse than denying a guy who left his balls in a combat zone the right to have a family), the Republicans tried adding some totally unrelated, politically motivated bullshit amendments to the bill. Like sanctions against Iran and some nonsense dealing with that Most Giant of Political Turds, Benghazi.

Even so, 56 Senators voted in favor of the bill. Only 41 voted against it. That’s right, a minority — all Republicans — were able to kill a bill that would help veterans. And this was as bipartisan a bill as is possible in this insane tea-party environment. More than two dozen of the provisions in the bill were Republican ideas.

But they still killed it. Not because it was a bad bill. They killed it for political reasons. For ideological reasons.

I’m sure, if you asked, all forty-one of those senators would claim to support the troops. I’m sure they all think of themselves as patriots. I’m pretty confident (though I haven’t bothered to check) all of them were (and probably still are) supportive of the wars in Iraq and Afghanistan.

For them to vote against this bill is contemptible. It’s despicable and disgraceful. These people should be ashamed to be photographed in front of the flag. They should be forced to visit VA hospitals and explain their votes to the men and women there. They should be held up for ridicule and scorn by everybody who truly supports the troops. And since these people undoubtedly consider themselves to be Christians, they should suffer the most appalling of Biblical curses.

These are loathsome creatures.