Somebody asked me why I haven’t written anything about the so-called ‘Loud Music Murder’ trial. I said “Because it’s a sad and terribly stupid situation, but there’s nothing new or unusual about it.”

The thing is, this wasn’t about loud music at all. The trial was about a privileged white racist asshole, Michael Dunn. It was about four proud but resentful black teen-aged boys. It was about testosterone and a handy firearm. You remove either of those last two variables from the equation, and none of this would have happened. Remove the gun, or remove the macho bullshit, and everybody goes home alive. 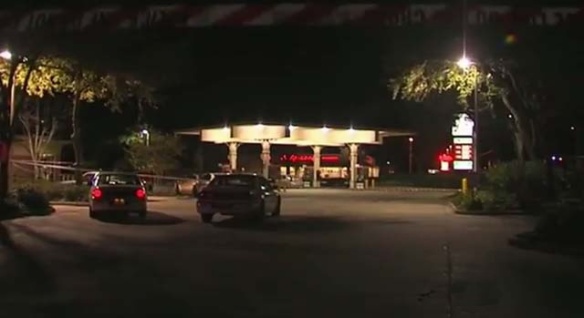 What folks keep overlooking is the fundamental fact that this tragically stupid incident took place at a convenience store. The entire point of a convenience store is you get in, get what you want, and you leave. You’re there, what…five minutes? Maybe ten? How could things spiral so badly out of control in just a few minutes? Macho bullshit and a handy firearm.

Here’s what happened. Michael Dunn pulled into the convenience story lot and parked next to an SUV. He asked the teens in the SUV to turn down their music. It didn’t matter to him that they were there first, that he pulled up and parked next to them. It didn’t matter that he was only going to be there a short time. He was a middle-aged software engineer and they were black kids playing what he described as ‘thug’ music. He felt they should heed his perfectly reasonable desire for quiet. They should have some consideration for others. The world doesn’t revolve around them. He deserved a little bit of respect. 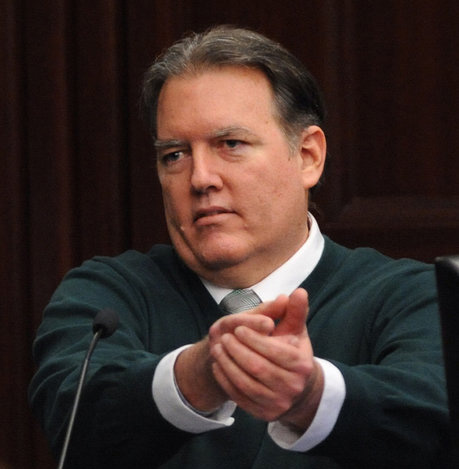 And hey, at first they complied with his request. They turned the music off. But one of the kids asked the obvious question: who the hell did this guy think he was? Nobody asked that jerk to park next to them. Why in the hell should they have to turn off — or even turn down — their music to please him? Fuck him. Fuck him and his disrespect. Turn the music back on. Turn it up louder.

It became a dick-measuring contest. The teenage boys in the SUV weren’t going to back down, because they were teens and boys and they can play their music as loud as they damned well please. Dunn wasn’t going to back down because he was a man with a good job and a handy firearm, and those kids owed him some goddamned respect. 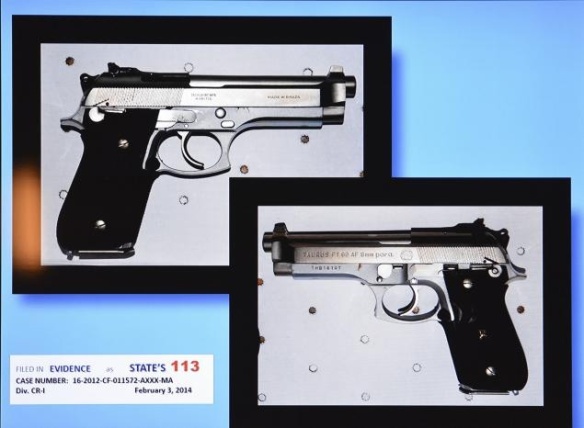 Remove the macho bullshit from the equation, everybody goes home alive.

Dunn told the police he heard a kid in the back seat threaten him. He told the police he saw the kid pick up something that might have been a shotgun (no shotgun was found in the vehicle). So he pulled the Taurus 9mm out of his glove box and opened fire. Ten rounds in total. The first three or four rounds went through the rear door panel and hit 17-year-old Jordan Davis in the liver, lung, and aorta. Killed him almost instantly. The driver of the SUV slammed it into reverse. Dunn stepped out of his car and fired the remaining rounds. To keep their heads down, he told the police. To prevent any return fire. 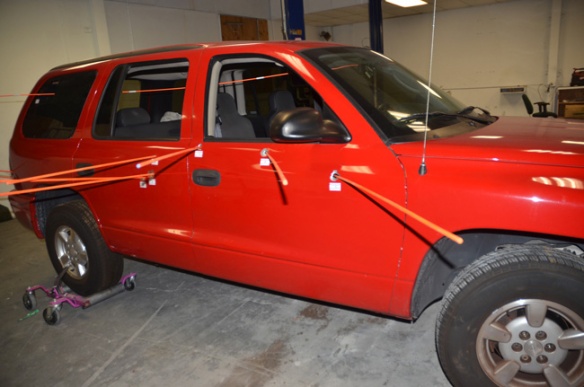 Dowels showing the entry direction of the gunshots.

Remove the gun from the equation, everybody goes home. Instead, Michael Dunn is going to prison. Jordan Davis is in the ground. How profoundly stupid and sad is that?

Would Dunn have been so confrontational with those kids if he hadn’t had the pistol in the glove box? Maybe, but probably not. Would the situation have escalated so rapidly if it wasn’t for the macho bullshit? Probably not.

Would this incident have happened at all if women and girls were involved? Would there be a funeral for a 17-year-old kid if there hadn’t been a gun handy? Almost certainly not.

This wasn’t the ‘Loud Music’ trial at all. It was the ‘Macho Bullshit’ trial. It was the ‘I’ve Got a Handy Gun’ trial. Macho bullshit and a handy gun — remove those variables from every equation and the murder rate would drop radically. More folks would go home alive.

9 thoughts on “macho bullshit and a handy gun”