A little over a year ago, while taking a walk along the river, I noticed a sketch of a woman’s face on a bridge abutment. To my surprise, it turned out to be a sketch of Louise Brooks.

Last Thursday I found myself walking along that same stretch of river again. I’d walked by that bridge abutment several times over the last year, but it was almost always inaccessible. In the winter, ice made that part of the riverwalk unsafe, and it was blocked off. Then for several weeks in the spring, the area was flooded and much of the riverwalk was under water. At one point the river covered half the balustrade. The area was also closed much of the summer to complete the final phase of the multi-year riverwalk redevelopment project.

Ice, flooding, weather, construction work — it seemed unlikely the sketch would have survived the events of last year. But it did. Barely.

All that remained was a faint trace of the original sketch. Just the suggestion of eyes and lips, just a hint of the shape of her hair — that distinctive flapper bob. It would be easy to overlook the sketch, if you didn’t know it was there.

I was ridiculously pleased to see it again. It’s not just that I’m fond of the sketch, though I am. It’s that I feel some sort of strange connection with whoever made the sketch. I’ve no idea what prompted that person to make a portrait of a once-famous figure on the abutment of that bridge, but I can’t help feeling as if I was the intended audience. Not me specifically, of course, but surely the artist must have hoped somebody would see the sketch and recognize that face and appreciate it. 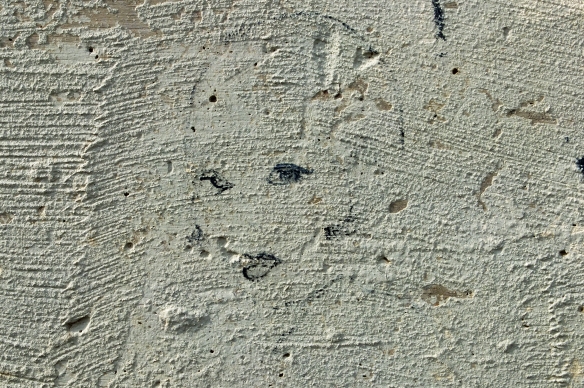 It’s all so improbable — and it’s so perfectly poetic. In 1989, four years after her death, biographer Barry Paris wrote this about Louise Brooks:

Nobody burned more bridges than Louise Brooks, or left prettier blazes on two continents. People around her scrambled for cover, but she watched the flames with a child’s pyromaniacal glee…. With the advent of talkies, her name would largely disappear, but her face would not: a girl in a Prince Valiant bob, with electrifying eyes that drilled straight to the heart from the silent screen and left you weak when you met their gaze. Eyes that beckoned not so much ‘come hither’ as ‘I’ll come to you.’

Her name would largely disappear, but her face would not. Barry Paris was right. It’s still there, fading gradually. 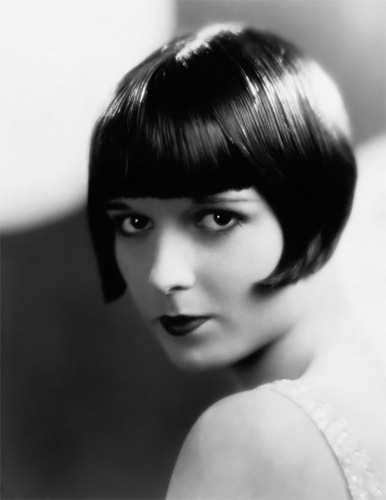 7 thoughts on “straight to the heart”