Fucking Texas. You know, I really want to like Texas. I really do. I have friends who deliberately live there. I’ve been there my ownself on occasion and mostly enjoyed it. It’s one of the very few states in the U.S. that can be accurately described as iconic. You know — cowboys, longhorns, oil, the open range, all that stuff.

I really want to like Texas, but over the last couple of decades it’s become a sinkhole where politics and religion combine with deep imbecility to form an impenetrable block of stupid. The mass of the stupidity of Texas is so dense it could bend light.

You may remember back in April of this year when a fertilizer plant in West, Texas exploded, killing 15 people (several of whom were firefighters responding to a fire at the plant), injuring more than 300 others, destroying or severely damaging around 150 buildings, and causing US$135 million in damages.

We don’t know what started the initial fire at the fertilizer plant. The reason we don’t know is that the explosion caused by the stored ammonium nitrate was so powerful it destroyed any evidence of the fire. It was so powerful, in fact, that it was recorded by the U.S. Geological Survey as a 2.1-magnitude tremor.

The fertilizer plant was built in 1965. It was last inspected by OSHA in 1985. That’s right, it went uninspected by OSHA for nearly 30 years. Although it had a long record of burglaries and thefts (anhydrous ammonia is used in cooking meth), the plant had no security personnel. They had a permit to store 54,000 pounds of anhydrous ammonia. In fact, it was storing approximately 110,000 pounds, as well as 540,000 pounds of ammonium nitrate. Federal law requires any facility holding more than 400 pounds of ammonium nitrate and a combustible agent (like, say, anhydrous ammonia) to file a report with the Department of Homeland Security. The West, Texas fertilizer plant hadn’t bothered with that. Because, you know…freedom.

So we’re talking about a facility that was essentially a giant bomb. Located next to an elementary school and an apartment complex for retired folks. And it was last inspected in 1985. Why? Because fucking Texas is pro-business. And pro-freedom.

That’s old news, of course. But yesterday, while all the major news agencies were focused on Miley Cyrus’ ass, the Texas Observer filed a news story: State Agencies Meet Resistance in Policing Fertilizer Industry. Here are a couple of sentences from the second paragraph:

The Fire Marshal’s Office has identified 153 facilities in the state that are believed to store ammonium nitrate. Since Texas doesn’t have a state fire code, the fire marshal lacks the authority to conduct inspections if the company resists.

Texas doesn’t have a state fire code. The entire fucking state…no fire code. Not only that, it’s actually illegal for 173 of Texas’ 254 counties to adopt a fire code. It seems only Texas counties with populations above 250,000 can legally adopt their own fire code. Those counties with more than a quarter of a million people aren’t required to have a fire code because, you know…freedom. But they can. If they want to. If they’re pussies.

Of the 153 facilities believed to be storing ammonium nitrate (they don’t even know for sure how many facilities are storing it), the Fire Marshal has been allowed to inspect only 62. Allowed. Because Texas is pro-business, and has no fire code, so the Fire Marshal has no authority to inspect any plant without an invitation. Five fertilizer plants completely refused an inspection. Because, you know…freedom again.

But hey, the Texas legislature is having a hearing on the matter. So that’s something, right? That’s a start. It’s a beginning. It’s a move toward insuring public safety. So there’s that. Right?

Much of the hearing was dominated by Republican lawmakers worried about burdening fertilizer businesses with new requirements. Rep. Dan Flynn, R-Canton, said while he respected the victims of the West tragedy, the industry has been doing a “pretty good job of policing themselves” and voluntarily submitting reports. “If we’re not careful we could get like the federal government and try to put diapers on cows,” he said.

Diapers on cows. If the Great State of Texas tried to limit the ability of fertilizer plants to store tons of massively explosive chemicals, it would be a burden on business. And Texas is pro-business. Seriously, if you allow the government to put restrictions on which plants can store explosive, you might just as well put diapers on cows — because that’s what would come next. (Dan Flynn, by the way, is the Texas legislator who tried to reduce the number of training hours required to get a concealed weapon permit from ten to four, because, you know…freedom.) 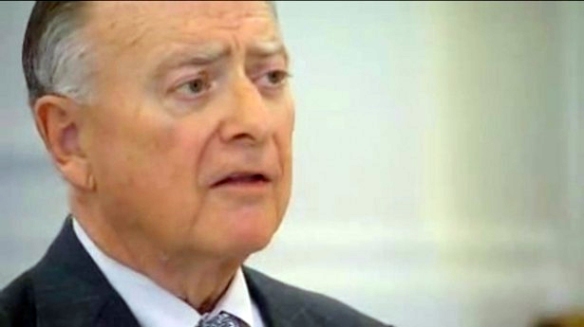 Unfortunately, the Texas legislature won’t be able to reach any real decision on how to deal with fertilizer plant safety during this legislative session. But they’ll address the issue again in the next regular session. Which is scheduled for January, 2015. (Governor Rick Perry may call for yet another special session, but only to deal with imposing even stricter legal restrictions on the few remaining women’s health centers that provide abortion services, because, you know… Texas is pro-life.)