It might be art, but does that make it O.K.?

That’s the lead-in question raised in a New York Times article about photographer Arne Svenson’s new series Neighbors, which is on display in a Chelsea gallery. Svenson, who is probably best known for his still life photographs, came into possession of a 500mm lens. He didn’t buy it; according to reports, he ‘inherited’ the lens — whether from a friend who died or in some other way, it’s not clear. What is clear is that Svenson somehow ended up with a lens that’s great for wildlife and sports photography, but not particularly useful for still lifes.

So he did what I suspect any photographer would do. He put the lens on his camera and looked out the window. Since Svenson lives in an apartment in TriBeCa, it’s not surprising that when he looked out his window, he saw the apartment building across the street.

Back in 1964 the social philosopher Abraham Kaplan posited the Law of the Instrument. He wrote: Give a small boy a hammer, and he will find that everything he encounters needs pounding. This concept is sometimes referred to as Maslow’s Hammer, because a couple of years later Abraham Maslow wrote: I suppose it is tempting, if the only tool you have is a hammer, to treat everything as if it were a nail.

If you have a wildlife photographer’s lens, you treat everything you see through it as wildlife. And that’s sort of what Svenson did. He began to photograph his unsuspecting neighbors in the building across the street in much the same way a wildlife photographer would photograph, say, a Pileated Woodpecker. Quietly, surreptitiously, covertly. You don’t want to spook the bird; it’ll fly away. Svenson embraces this analogy.

“I am not unlike the birder, quietly waiting for hours, watching for the flutter of a hand or the movement of a curtain as an indication that there is life within.”

There’s a crucial difference between New Yorkers and woodpeckers, though. Birds don’t go to galleries in Chelsea. Birds never see their photographs hanging in a venue open to the public. Birds have a poor grasp on the concept of privacy. Birds don’t sue.

Not surprisingly, some of the people Svenson photographed have brought suit against him. Martha and Matthew Foster are seeking ‘actual and exemplary damages for intentional infliction of emotional distress and an injunction to stop the dissemination of the photographs’ (emphasis added). Ms Foster and her children appear in two of Svenson’s photographs — Neighbors #6 and Neighbors #12, which are being sold for US$5000 and $7500. Ten copies of each print are apparently being offered. According to the suit,

Plaintiffs were also greatly frightened and angered by defendant’s utter disregard for their privacy and the privacy of their children. Plaintiffs now fear that they must keep their shades drawn at all hours of the day in order to avoid telephoto photography by a neighbor who happens to be a professional photographer.

It needs to be noted that this is a civil suit, not a criminal case; Svenson’s behavior may be ethically questionable, but it doesn’t appear to be illegal. But even though a civil suit has a lower standard of proof than a criminal case (generally ‘a preponderance of evidence’ or ‘clear and convincing evidence’ rather than ‘beyond a reasonable doubt’), I suspect the Fosters will have a difficult time proving Svenson intentionally inflicted emotional distress on them. Their anger and distress are almost certainly real, but that’s not enough for them to win a civil suit. 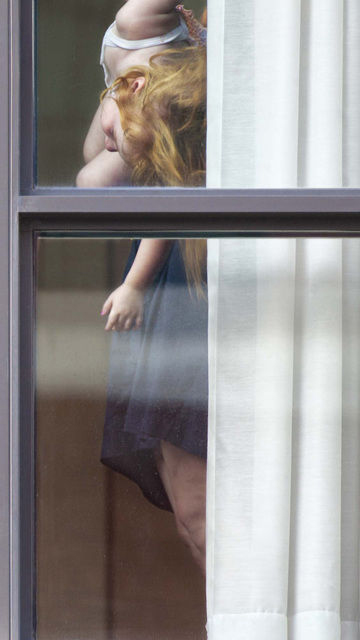 So it seems Svenson did nothing criminal, and it appears unlikely he’ll be found civilly liable for his behavior. That brings us back to the ethical question raised in the Times: It might be art, but does that make Svenson’s behavior okay?

It’s really a rather silly question. I doubt many people would think using a telephoto lens to shoot surreptitious photographs of unsuspecting neighbors is okay. It’s most certainly not okay. It’s fucking rude, is what it is. Rude and more than a little creepy.

That said, I’m not convinced that ‘okay’ and ‘not okay’ are metrics that should be applied to art. I don’t think ‘rude’ or ‘creepy’ are useful yardsticks for measuring the acceptability of art. There’s good art and there’s bad art; there’s art that works and art that doesn’t. And those, of course, are entirely subjective measurements.

I’m not suggesting art trumps ethics, or that art is above ethics. Nor am I saying artists should ignore ethics. What I’m saying is that artists shouldn’t choose their subject matter based on whether it’s socially acceptable or not. They should, however, be willing to suffer whatever consequences arise from socially unacceptable art — including the occasional civil suit. In this case, as might be expected, the legal attention has brought Svenson’s work to a much wider audience and will almost certainly help his sales. 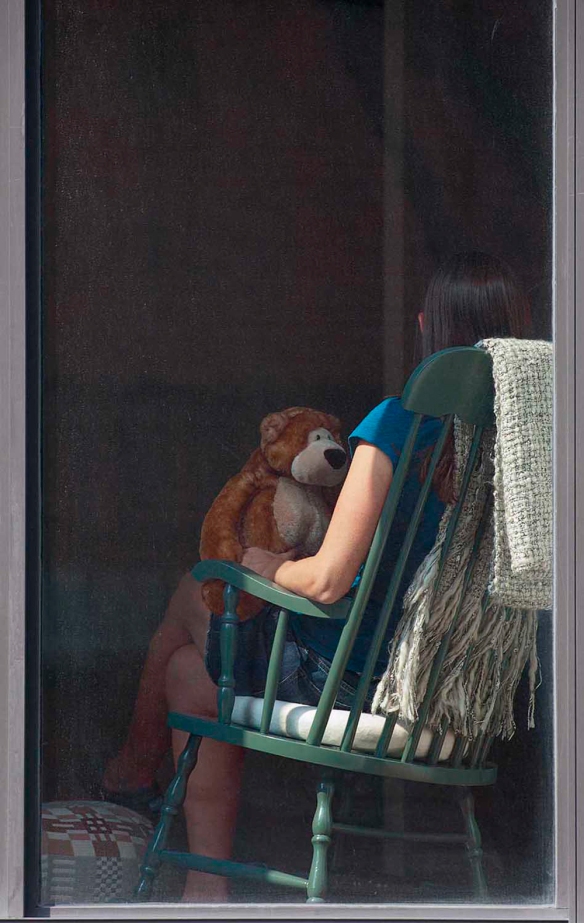 I think this is good art. I think these photographs work. I’m completely taken by the stillness, and the intimacy, and the painterly quality of the light. But at the same time, I think Svenson’s behavior in spying on his neighbors is morally reprehensible. If he’d done it to me, I’d very likely be massively pissed off. I’m glad he did it anyway.

I find myself wondering if the Fosters weren’t the subjects of the photographs and saw them — in a book, on a gallery wall, in a magazine — if they’d have appreciated them as photographs. As art. I wonder if they’d be able to look at Neighbors #6 and Neighbors #12 and, instead of seeing an appalling invasion of their own personal privacy, see them as lovely photographs depicting a happy, close-knit family. Because that’s what I see.