Marco Rubio – willing to make an ass of himself

Obamacare bullshit: Today the U.S. House of Representatives will debate and vote on legislation to repeal the Affordable Care Act. It has no more chance of passing today than it did the previous 36 times Republicans demanded a debate and a vote on repealing the law. Let me repeat that. This is the 37th time this has been debated and voted on, and Republicans know it can’t pass. It’s estimated it’ll cost about US$1.75 million taxpayer dollars to hold this pointless debate and vote today. Given that this is the 37th time the issue has been voted on, it’s reasonable to assume these votes have cost taxpayers about sixty-five million dollars.

John Boehner – also willing to make an ass of himself

Related bullshit: The House of Representatives will only meet in session for two days this week. Two days. One of which will be pissed away on the pointless debate and vote on the repeal of the Affordable Care Act. , and one of those sessions is today’s debate and vote. Speaker of the House John Boehner doesn’t rule out having still more pointless debates and votes to repeal Obamacare. And you thought Republicans were opposed to government waste. 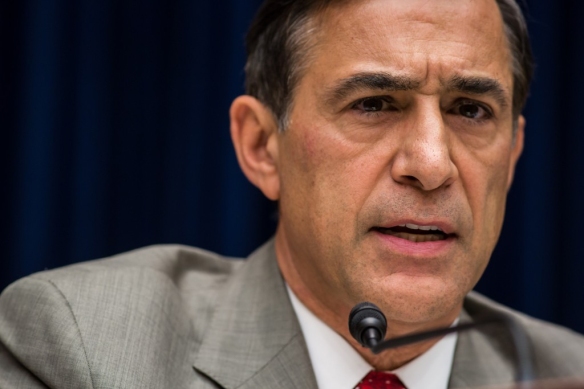 Benghazi bullshit: Republican Darrell Issa has held 11 Congressional hearings on the Benghazi tragedy. In recent weeks, Issa has criticized the report of the Accountability Review Board that investigated the attack. That review board was led by Thomas Pickering (a former US Ambassador) and Admiral Mike Mullen (a former chairman of the Joint Chiefs of Staff). On a recent talk show, Issa stated Pickering had “refused to come before our committee” to testify. After Pickering replied that he’d actually requested to appear at the most recent hearing, Issa’s staff backtracked, claiming the request had come too late to fit Pickering into the schedule.

Now both Pickering and Mullen have written a letter to Issa requesting a public hearing at which they could explain and defend their report. Issa’s response: he’d consider inviting them to testify, but in a closed hearing, out of the public view. Why? Issa says he thinks Pickering and Mullen’s testimony would be too partisan. By which he apparently means their testimony won’t correspond with his conspiracy theories.

There’s a LOT more bullshit, of course. But it’s not yet noon and I’ve already exceeded the daily recommended dosage of bullshit.

2 thoughts on “here’s some bullshit”