There are stupid people everywhere. Everywhere. No region of the nation has a lock on stupidity. But I am increasingly convinced the very stupidest people are Republicans from Texas. I’m not suggesting they’re stupid because they’re Republicans, or because they’re from Texas. I know a number of Republicans who are exceedingly clever and some Texans who are brilliant. But when I happen to come across a politician saying something profoundly stupid — something stupid at the genetic level — it’s almost always said by a Republican from Texas.

Evidence? Did I hear you ask for evidence? How about this: Rick Perry is not the stupidest Republican in Texas. This is a guy who once said “Juarez is reported to be the most dangerous city in America.” He’s the Governor of Texas, and he doesn’t know Juarez is across the border in Mexico — and he’s still not the stupidest Texas Republican. This is a guy who, when speaking about the disastrous BP oil spill in the Gulf of Mexico, said “From time to time there are going to be things that occur that are acts of God that cannot be prevented.” Rick Perry thinks the explosion on the oil rig — the one that killed 11 workers, injured 16 others, and caused an ongoing ecological catastrophe — was a natural disaster, like a hurricane or a forest fire. This is a guy who was out-debated by Michele Bachmann. And he’s still not the stupidest Republican in Texas. 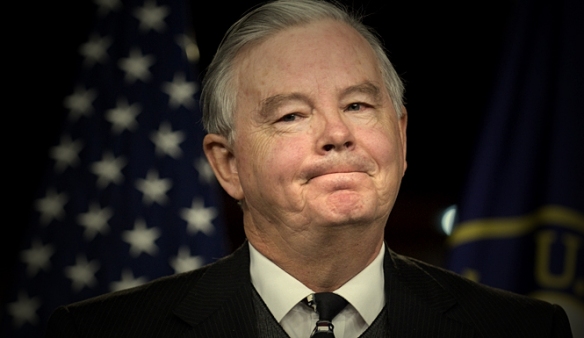 Texas Republican Joe Barton (stupid, no doubt about it)

Even more stupid: Congressman Joe Barton. Perry might think the BP oil disaster was an act of God, but Joe Barton is so stupid he apologized to BP for the government asking them to pay to clean up the mess they made in the Gulf. No, I’m not kidding; this guy actually apologized. To the people responsible for the disaster.

“I think it is a tragedy of the first proportion that a private corporation can be subjected to what I would characterize as a shakedown, in this case, a $20 billion shakedown. I apologize. I do not want to live in a country where any citizen or corporation that does something that is legitimately wrong is subject to some sort of political pressure that, again in my words, amounts to a shakedown. So I apologize.”

Joe Barton is so stupid he once cited the Great Flood (you know, as in Noah’s Ark) as an argument against climate change. But stupid as Joe Barton is, he’s not the stupidest Republican in Texas. I swear, there are at least two more Texas Republicans who are measurably more stupid than Joe Barton.

But which one is the most stupid Texas Republican — that’s the question. I’d say there’s a veritable tie. On the one hand we’ve got the old school, long-term, legendary stupidity of Louie Gohmert. On the other hand, there’s the newly-discovered, revolutionary stupidity of Ted Cruz. Traditionalists will probably go for Gohmert, and with good reason. I’ve written about Gohmert before; he’s been supplying weapons-grade stupidity with consistency and reliability for some time. Gohmert has a reputation as the ‘go-to’ guy for Texas Republican stupidity. He’s got experience on his side. 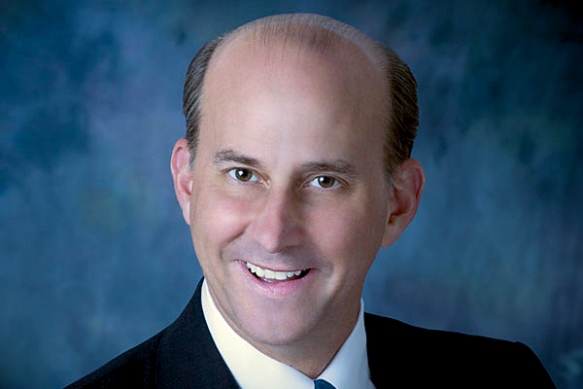 Gohmert is the guy who concocted the notion of ‘terror babies.’ He claims terrorists are sending pregnant women into the U.S. to have babies (who are granted citizenship), after which they’ll return to their terrorist home base where those babies would be “raised and coddled as future terrorists,” then “twenty, thirty years down the road, they can be sent in to help destroy our way of life.”

Gohmert is the guy who argued against the U.S. providing funds to China to help preserve the habitat of certain rare species of wild cats and dogs because “[t]here is no assurance that if we did that, we wouldn’t end up with moo goo dog pan or moo goo cat pan. There is no way to assure that money will not be wasted.” Seriously. Moo goo cat pan.

Gohmert is the guy (and honest, I’m NOT making this up) who filed an amendment to the most recent continuing resolution bill (the one that keeps the government funded) which would prevent President Obama from playing golf until the White House tours resume (which were halted as part of the Republicans’ sequester).

Louie Gohmert provides a constant cascade of stupid. But I think I have to give the stupidity edge to the new Senator from Texas, Ted Cruz. It’s not that the quality of his stupidity is superior to Gohmert’s; it’s that he’s done so much stupid in such a short time. Cruz has a stupidity production rate that’s truly astonishing. He’s only been in Congress for about five months, but he’s packed a LOT of stupid in that short time. 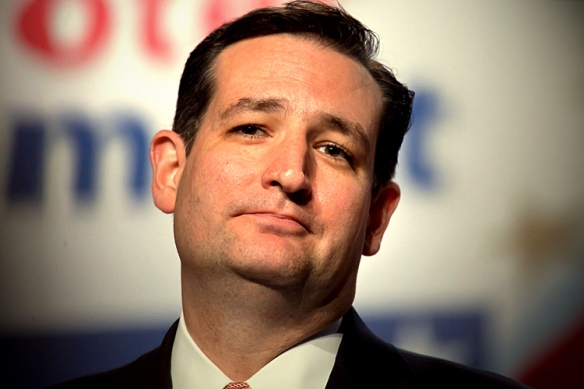 Cruz believes the United Nations program ‘Agenda 21’ (which is a non-binding, voluntarily implemented plan dealing with sustainable development) is a conspiratorial plot developed by George Soros “to abolish ‘unsustainable’ environments, including golf courses, grazing pastures, and paved roads.” It’s not quite clear (and by ‘not quite’ I mean ‘at all’) what Cruz thinks Soros wants to accomplish by abolishing golf courses. But damned if he’s going to let some foreigner do away with the Texas golf courses, grazing pastures, and paved roads that Davie Crockett fought for at the Alamo.

Cruz is so stupid he opposed a Senate resolution commemorating Multiple Sclerosis Awareness Week. This is something Congress does as a matter of course — two to three hundred times a year, they vote to commemorate something. Little League baseball. The mathematical constant pi. Recreational vehicles. Welders Appreciation Day. And yes, this year Congress agreed to declare March 11 through March 15, 2013 Multiple Sclerosis Awareness Week…

…in recognition of the importance of finding the cause and cure for multiple sclerosis and to express appreciation to the National Multiple Sclerosis Society.

Ted Cruz objected. Why? “Unfortunately, the sponsors of this resolution circulated their request for unanimous consent less than 48 hours before they wanted it passed.” Seriously. Forty-eight hours wasn’t long enough for the Senator from the Great State of Texas and his entire staff to decide whether or not they wanted to recognize “the importance of finding the cause and cure” for MS. That is stupid on a galactic scale.