I spent some time looking at the portraits from the Self Evident Truths project before I read the ‘About’ section. I like the photographs. They’re simple, unfussy, comfortable, direct, wonderfully relaxed portraits of ordinary people. I like them a lot.

On the landing page, the portraits scroll by at an unhurried pace — about the pace you’d expect if you were strolling through town and looked casually at the people coming toward you on the sidewalk. It’s pleasant and smile-making to just sit for a while and look at the faces that pass by.

Then I read the ‘About’ page. These are the first few lines on that page:

In 2010 iO Tillett Wright began a project called Self Evident Truths, photographing anyone that felt like they qualified to fall on some part of the LGBTQ spectrum, from bisexual, to transgender. Shot in simple black and white, in natural light, with no makeup or styling, the photos were intended to humanize the very varied face of gays in America today.

Intended to humanize. I read that and thought ‘We need to humanize gay folks?’ That notion seems so out of date. It feels like something activists would say in the 1990s.

But I can’t imagine shooting portraits of birders or bowlers or grocery store employees in order to humanize them. It’s 2013 — do we really need to humanize LGBTQ folks?

If the Montana legislature is any indication, then yeah, I guess maybe we do.

Yesterday the Montana legislature voted on a measure to strike an old Montana law that criminalized “sexual contact or sexual intercourse between two persons of the same sex.” The Montana Supreme Court ruled that law was unconstitutional in 1997, but the law remained on the books despite regular attempts to have it removed. Why? Because some Montana Republicans apparently felt that if they voted to remove the law, they’d get some of the gay on them. And you know, that stuff is hard to wash out. Or something like that.

Despite the fact that the U.S. Supreme Court has ruled them unconstitutional, there are still at least a dozen other states with anti-sodomy or anti-homosexual laws on the books. There are elected legislators in at least a dozen states who are so afraid of gay folks that they refuse to remove blatantly unconstitutional laws from their criminal codes. 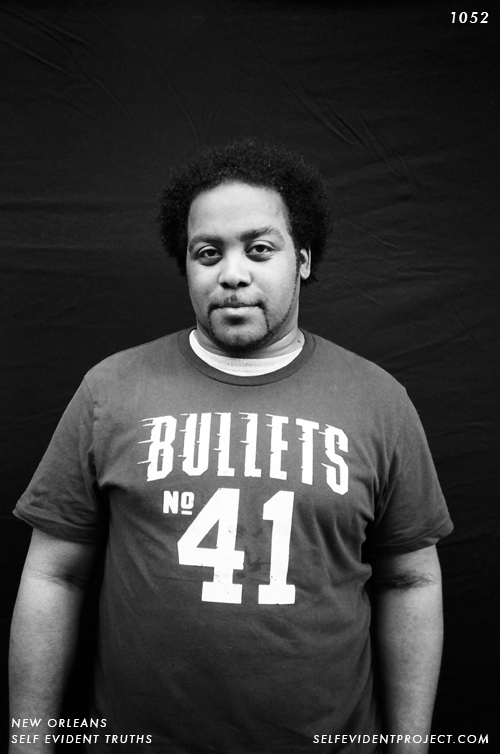 Visit the Self Evident Truths site. Visit their shop. Buy prints of the portraits. Buy ‘We Are You’ t-shirts. Donate to the project if you can. But work to humanize bigots and assholes. Gay folks are already okay as they are.

Editorial note: When I say ‘gay folks’ I mean everybody in the LGBTQ mishpocha; I just get weary of the acronym. Also? It’s already totally fucking obvious, but for the record let me just point out that all the photos are from the Self Evident Truth project.

1 thought on “self evident truths”