There were SO many critically important national election races to watch Tuesday night that we can, I think, be forgiven for overlooking the contest between Democrat Colleen Lachowicz and Republican Tom Martin. They were both seeking to represent the 25th District in the Maine State Senate.

Martin, the incumbent who won the seat in the last election, is the owner of an excavation and construction business. Lachowicz is a social worker who works for a non-profit mental health agency, treating adults with mental illnesses. She has a Master of Social Work degree and is a licensed foster parent. And she’s a level 85 orc rogue called Santiaga in World of Warcraft.

During the campaign the Republican Party of Maine suggested that her participation in the online gaming community made her unqualified to serve in the state senate. They even created a website called Colleen’s World in order to alert Maine citizens about her “disturbing alter-ego” and  her “time-consuming double life.” The site includes comments Colleen made in WoW discussion groups.

To his credit, Martin said he was unaware of the attacks on Lachowicz (which were promoted by the Maine Republican Party rather than by Martin’s campaign) and he didn’t condone them. Still, the attack brought international attention to the state campaign and Lachowicz garnered the support of gamers from all over the world.

It pleases me enormously to be able to say Colleen Lachowicz is the new respresentative for Maine’s 25th District. Come January, an orc rogue will be sitting in the Maine State Senate. 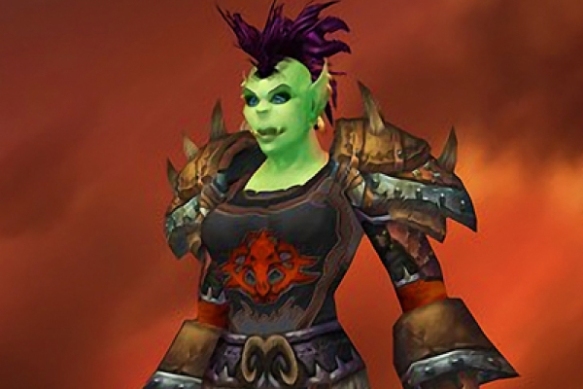 There are two lessons Republicans can learn from this. First, if you embrace diversity, you win elections. Second, DO NOT FUCK WITH GAMERS.