Those are the words of ‘a federal official who spoke on the condition of anonymity,’ quoted in The Washington Post. Just a mass shooting. Jeebus on a fucking cracker. Just another mass shooting.

Some jamoke strolls into a Sikh temple and opens fire. Six people dead. Seven, counting the shooter himself. And we’ve become so inured to this routine madness that federal officials can say “it’s just a mass shooting.” In other words, it’s nothing out of the ordinary; it’s not an extraordinary massacre — just your usual, normal, everyday sort of massacre. 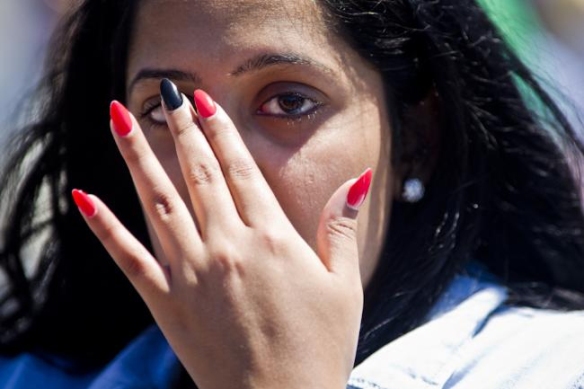 And how is the right wing responding to this latest ‘just a mass shooting’? Some of them are assuming it’s a ploy by President Obama to create conditions that will help him get re-elected and take away their guns. Here are a few choice comments from freerepublic.com:

[T]he timing seems suspicious as well, given the upcoming elections and Democrats’ attempst to scale back conceal carry?

After Aurora is this the next asset being ‘activated’ by his handlers. The more BHO fears November the more of these events are going to occur and they will escalate in level of violence and number of casualties.

Sounds like Liberal black ops operation to influence the election

Adolph Hitler: socialist. Obama: socialist. And the parallels don’t stop there by any means. The parallels are eerily similar, except instead of Jews, it’s Christians that are now ok to persecute. I know in this case it wasn’t but that’s where the trend is going. I’m still wondering when 0bama’s Reichstag Fire moment will happen.

Wow the lefties are really shooting up the country right before the election. No doubt to prop up their Obama God as only he can save us from those evil right wingers.

So it’s either just another ordinary mass killing or it’s a liberal plot to disarm conservatives. Both viewpoints are sad and stupid. Stupid, stupid, and so terribly sad.

2 thoughts on “sad and stupid”