There is something profoundly wrong with the modern Republican party.

Last week the House Committee on Natural Resources held a hearing on the process of mountain-top removal (MTR) coal mining. If you’re not familiar with that practice, it’s been used for a couple decades now, all over Appalachia–Pennsylvania, Ohio, West Virginia, and Kentucky. The name is incredibly self-descriptive; MTR involves clearing timber from a mountaintop and then dynamiting the peak. The mountaintop is literally removed. The coal is excavated and all the waste gets dumped into into the nearby valleys. The valleys, of course, are where the streams and creeks and brooks are located.

Not surprisingly, depositing massive amounts of coal debris into streams turned out to be in violation of the Clean Water Act. However, in 2002 coal company lobbyists managed to get the Bush administration to ‘clarify’ the Clean Water Act so that MTR debris wasn’t considered ‘waste.’

Problem solved! Clean water was restored to the areas at the stroke of a pen. Everybody wins! 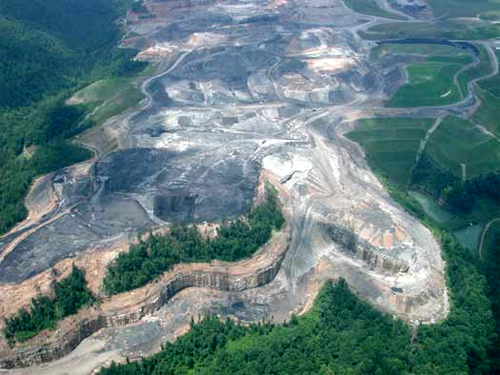 MTR is horrible, of course. The Republican support for the practice is appalling. But that’s old news. It’s hardly a surprise that they’ll shift laws to benefit corporations over people. What IS surprising, though, is how incredibly skewed their priorities are. At the hearing last week an opponent to MTR (Maria Gunnoe) was scheduled to testify about the devastating effects the practice has on the people who have to live with the consequences of filthy water. Part of her testimony–which was made available to committee members beforehand–involved a slideshow of photographs by photojournalist Katie Falkenberg, who documented the lives of some of the people living in the affected areas.

Before she could testify, however, Gunnoe was approached by staffers working for Representative Doug Lamborn–a Republican who sits on the committee and, by coincidence, has close ties to the American Coal Council (Lamborn gave the keynote speech at last year’s ACC conference, in which he accused President Obama of fighting ‘a war against coal’). Lamborn’s staffers informed Gunnoe she wouldn’t be allowed to use one of Falkenberg’s photographs. This photograph: 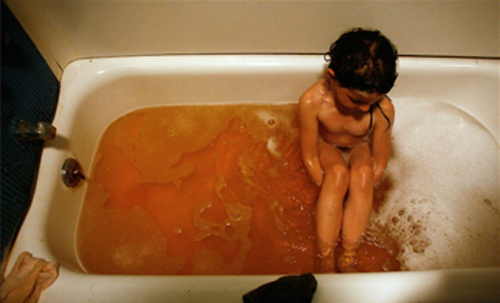 Why did she have to remove that photograph? Because Lamborn thought it was child pornography. And indeed, after she delivered her testimony (which was given without the photograph) Gunnoe was detained for an hour by Capitol Police and questioned about the alleged ‘child pornography’..

Lamborn and other Republicans see nothing at all wrong with blowing up mountaintops and dumping waste in the groundwater used by poor people–but when looking at this photograph they don’t see a child forced to live in heartbreaking conditions; they see something sexual.

So let me say it again. There is something profoundly wrong with the modern Republican party.

10 thoughts on “dueling definitions of pornography”