This is going to be an unpopular thing to say, but it has to be said at some point. George Zimmerman–the man who unquestionably shot and killed Trayvon Martin–is innocent. 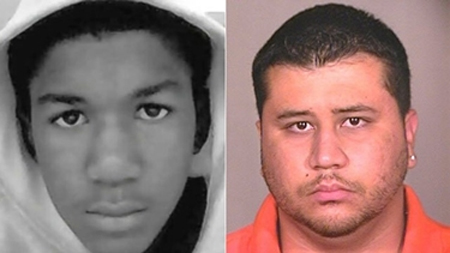 This is a fundamental aspect of the U.S. Constitution. Every citizen who stands accused of a crime must be presumed innocent until proven guilty beyond a reasonable doubt in a court of law. This isn’t some legal nicety we can overlook simply because it’s unpopular. If the presumption of innocence has any value at all, it has to apply to everybody–even George Zimmerman. It’s true that standard only applies to juries, but when you hear somebody say Zimmerman ought to be tried and punished, they’re basically saying the Constitution shouldn’t apply to people they don’t like. And that’s fucked up.

So there it is, George Zimmerman shot and killed Trayvon Martin and wherever he is right now, he’s an innocent man. I hate to say it, but he’s probably innocent in two ways. He’s presumptively innocent and may, in fact, be not guilty under the law. According to Florida’s statute 776.013 (3) – Justifiable Use of Force, Zimmerman may never have his innocence challenged. It’s very possible he’ll never be charged with a crime. The law clearly states “A person who is not engaged in an unlawful activity and who is attacked in any other place where he or she has a right to be has no duty to retreat and has the right to stand his or her ground and meet force with force, including deadly force if he or she reasonably believes it is necessary to do so to prevent death or great bodily harm to himself.” The way the law is written, it’s very nearly a license to kill–and indeed, ‘justifiable’ homicides in Florida have increased threefold since the law was enacted.

We can’t know with any certainty what took place in the final few moments before George Zimmerman shot and killed Trayvon Martin. But we can make some educated guesses based on what we do know. We know what Zimmerman told the police during his 911 call. We know, for example, he was unreasonably suspicious of Martin. We know he was following the young man, and continued to do so even after the police told him he shouldn’t. We also know Trayvon Martin knew he was being followed and was nervous about it. We know Zimmerman prejudged Martin (“These assholes, they always get off”), and we know he felt antagonistic toward Martin (he called Martin either a “fucking coon” or a “fucking goon”).

The way the Florida law is written, the last person to survive feeling threatened is innocent.

Trayvon Martin was innocent in reality. George Zimmerman is innocent under the law. The people who aren’t innocent are the members of the Florida legislature who enacted this stupid fucking law.

There won’t be any real justice for Trayvon Martin. There won’t be any justice for George Zimmerman. The only possible justice that could come out of this tragedy is if the good people of Florida rise up and force their legislature to repeal the law, and maybe vote out the idiots who thought the law was a good idea to begin with.

But this is Florida, where guns don’t kill people–people kill people. And in Florida, you can get away with it.

5 thoughts on “an innocent man”