“Because things are the way they are, things will not stay the way they are.” Brecht was right about that. Time insists on change. That’s not a bad thing — but it’s not always welcome. 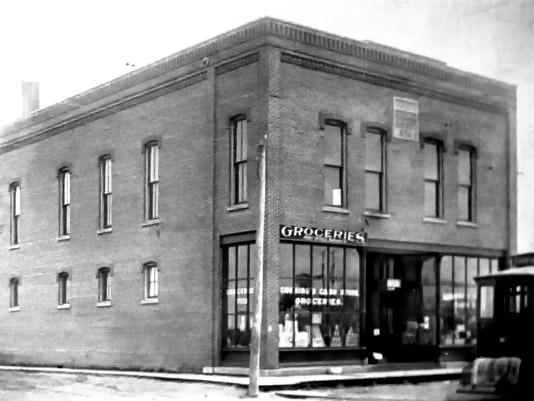 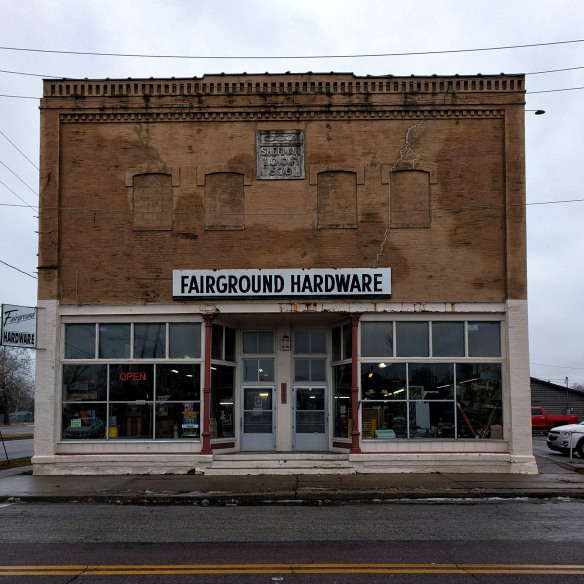 The fact that Fairground Hardware lasted as long as it did is something of a miracle. Small, local hardware stores have been failing for more than a decade, driven out of business by big box ‘home improvement’ enterprises and giant retail chains. Online shopping drove the last nail in the hardware coffin.

Fairground Hardware’s survival was due in part to its location; as the name suggests, it’s located directly across from the Iowa State Fairgrounds. During the ten days of the state fair, the hardware store saw a lot of customers — drawn in more by the store’s appearance and its peculiar inventory. A lot of people enter the store just to look around. 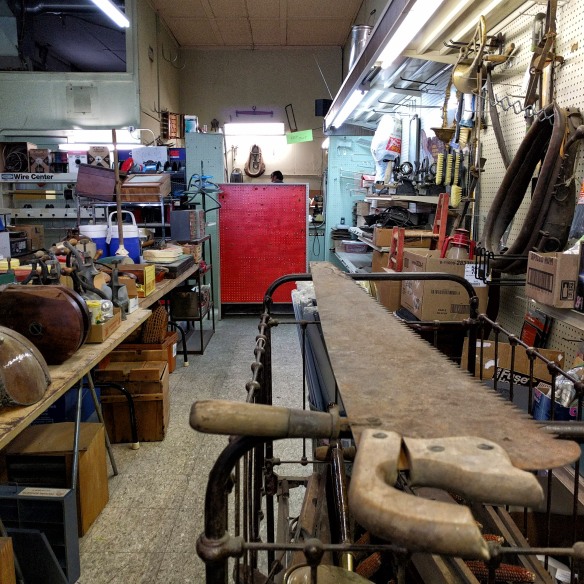 That was certainly what first attracted me to the store. I occasionally eat at a working class diner on the corner opposite Fairground Hardware, and I always found myself intrigued by the store. Not so much the structure itself, but by the fact that it was called a hardware store, and yet the shop windows contained an assortment of cowboy hats, old radios, oddly shaped tin canisters, and ancient advertisements for products I’d never heard of before. 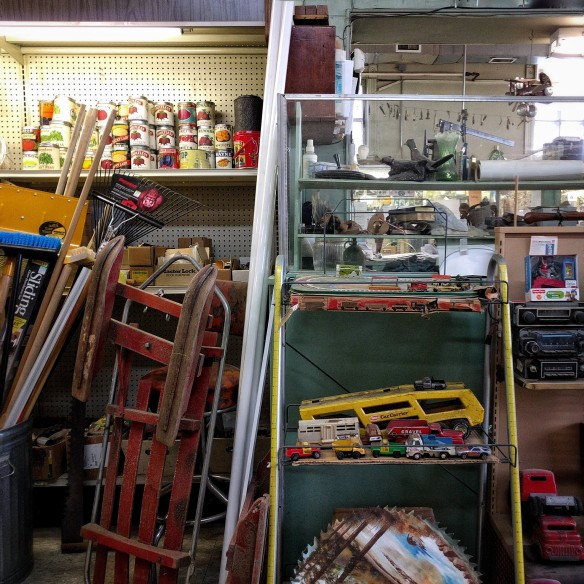 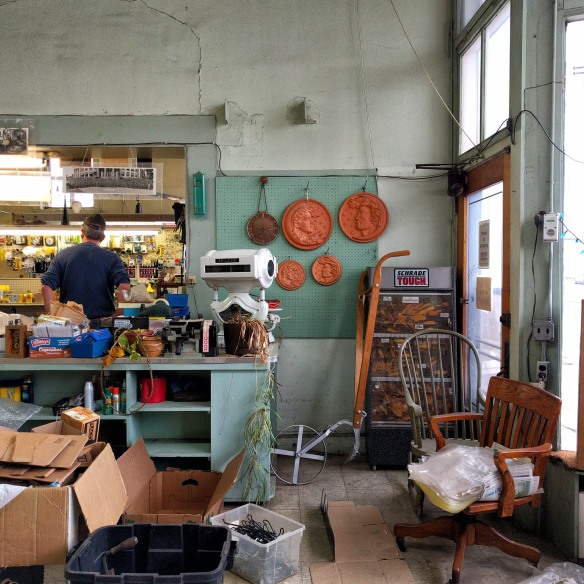 Stepping into Fairground Hardware is like stepping into a set for a David Lynch film. The mix of normal and not-normal is wonderfully disorienting. Above a display of sockets for wrenches, you’ll find brightly colored fishing lures hung on a line like holiday ornaments. A plastic lobster is affixed to a ceiling water pipe, under which is a selection of coils of industrial wire. An old leather horse collar hangs from a peg-board along with some gardening tools. 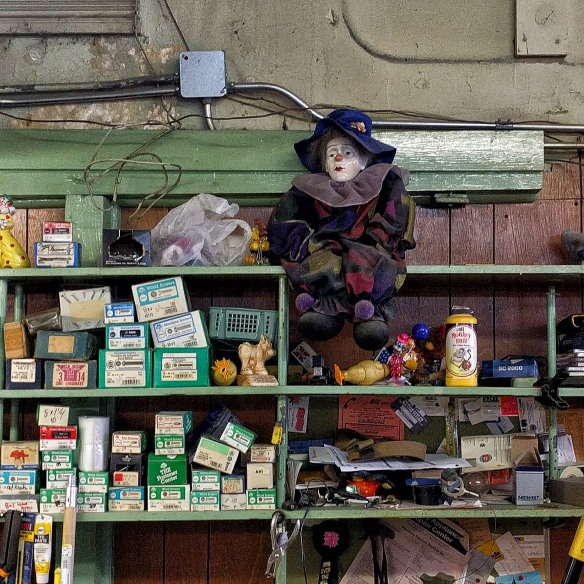 Everywhere you turn you find yourself saying, “Wait…what? Why are there taxidermied Canada Geese next to the Allen wrenches, which are beside the cans of spray paint? Who puts PVC pipe and vintage Melmac dishes together, along with toy trains and light bulbs? Putty knives and puppets and metal screws? What? Halloween decorations? And…wait, canned goods? Those can’t be actual canned goods. Can they? Can they?” 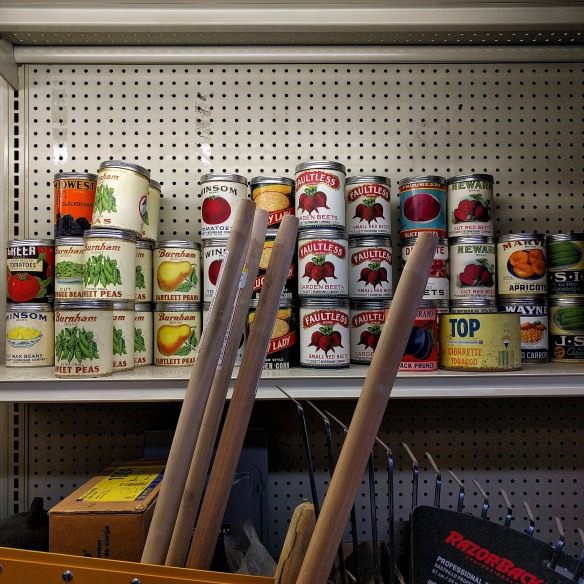 Maybe the shelving made sense at one point in time. But it seems clear that in recent years none of this stuff was placed where it is as part of a merchandising strategy. It’s equally clear it hasn’t been placed simply to astonish the customers. I can’t say how Mike decided to put anything where he did, but walking through the store it feels more like he simply had a thing in his hand and saw a place without a thing, and so put the thing in his hand right there. And that’s where it stayed. 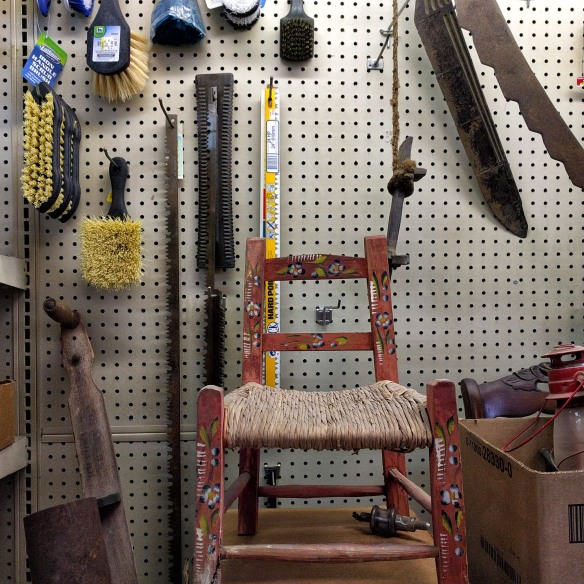 Mike himself, the owner, you couldn’t call him a ‘character’. Not really. I’ve probably gone into Fairground Hardware once or twice a year for the past few years. He can probably tell I’m just there to look, not to shop — and for the most part, he’s remained quiet and reserved. But when he decides to talk, he talks. You can’t get him to stop. And he’ll talk about almost any subject. The Old West, his childhood traumas, Donald Trump (he’s a fan), clowns, the inevitability of change. You can try to ease your way out of the conversation, you can say, “Well, I should probably be goin…”, and he’ll start on another tangent — his issues with his foot, why he prefers baseball caps to other hats, the history of camouflage.

You get the sense that he spends a lot of time alone in that shop — and that he’s been okay with that. He’s not reconciled to the fact that Fairground Hardware is going to close. He’s obviously a tad skeptical of the plan to turn the building into a bistro — you can tell simply by the way he says bistro, as though the term itself smells like bad cheese. 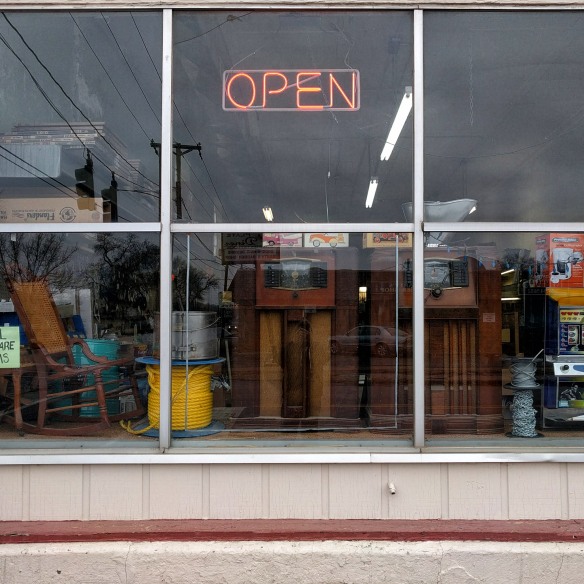 10 thoughts on “time insists on change”