So I’m chatting with a friend, right? About all sorts of stuff, including U.S. politics. And he says to me, he says “I won’t vote for Hillary. It’s Bernie or nobody.”

So I smile, because I think he’s just being dramatic. But he says, “No, I really mean it. If Bernie isn’t the Democrat’s nominee, I just won’t vote.” I politely suggest maybe he’ll change his mind if it comes down to, say, Hillary versus Marco Rubio. Because c’mon, Rubio? But again he says, “No. Fuck it, let Rubio or Trump or whoever fuck up the country. Then maybe people will get motivated to vote for a true progressive.”

I say, “Yeah, but dude? You’re willing to tank the economy? What about poor folks? What about all those wars Republicans want us to fight? What about immigrants and old folks? Dude, what about the fucking Supreme Court?” And he says, “Fuck it. If they wreck it, they’ll own it.” And I’m like “Yeah, they wreck it, they own it. But we’ll still have to live in it.” 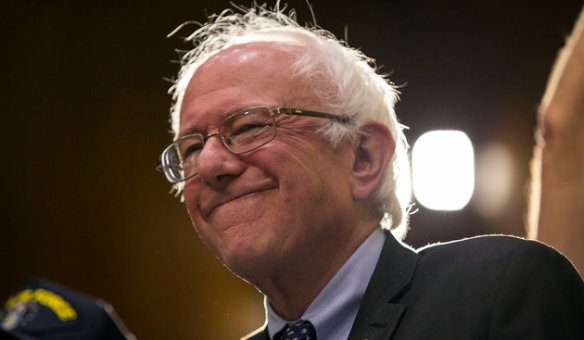 We go back and forth for a bit, and he allows there’s one other Democrat he’d consider voting for. Elizabeth Warren. I’m like, “Dude, she’s not running.” He says, “She should.” And I say, “Yeah, maybe she should. But she’s not.”

And that’s when I realize that my friend is living in a Bizarro Liberal Tea Party world. His approach almost exactly mirrored the conservative Tea Party. Ideological purity above all. Operate the government the ‘right’ way or burn it all down. That’s really a pretty fucked up approach. Look at where it got the Republicans. They’ve become a Balkanized political party. The modern GOP is a disorganized collective of small, quarrelsome, ineffective, suspicious, mutually hostile groups. Those fuckwits aren’t only incapable of governing, they’re incapable of being governed.

Let’s not do that to the Democratic party. 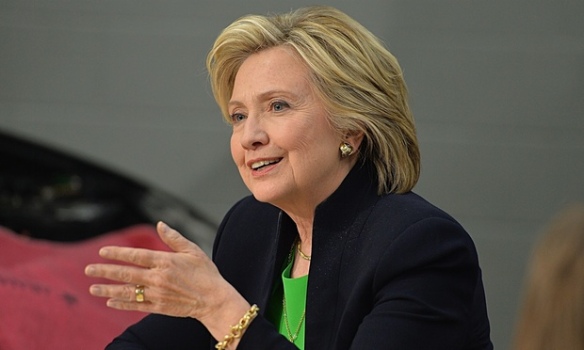 Yeah, probably. Because every so often Hillary does something that makes me lean in her direction. Like her response to the latest development in the Patriot Coal bankruptcy case. I’m going to take a wild guess here and say you probably haven’t paid a lick of attention to Patriot Coal. I’ve written about them before, and you can read that here. Basically, Patriot Coal is a subsidiary of Peabody Energy; it was almost certainly deliberately designed to go bankrupt. But before it went bankrupt, Peabody transferred the costs of the health care and retirement benefits of former coal miners to Patriot Coal. Patriot could go bankrupt, the miners would lose most of their retirement and health benefits, and it wouldn’t have any effect on Peabody.

That’s pretty shitty behavior, even for a coal company. But it gets worse. The bankruptcy court set aside something like US$22 million to help the retired miners. Patriot Coal is attempting to get the court to use $18 million of that money to pay for lawyers fees. Seriously, that’s fucked up on about nine different levels. 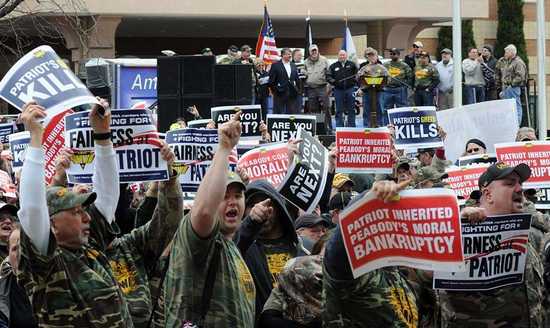 This is an issue that almost nobody knows about. It’s not a national election issue. It’s an issue for maybe ten or eleven thousand retired miners, mostly living in West Virginia. But Hillary spoke about it. She issued a statement on Patriot Coal. It wasn’t very widely reported; it wasn’t really considered very newsworthy. But Hillary was aware of the issue and took a stand. She took a stand for miners who almost certainly won’t vote for her (West Virginia voted for Romney by nearly a 2-1 margin). I suspect Bernie would agree with Hillary on this. But I don’t really know, because I haven’t been able to find any news report in which he’s commented on it.

I’m still probably going to caucus for Bernie. But I like Hillary. And any Bernie Sanders supporters who tell me they won’t vote for Hillary if she wins the nomination can go fuck themselves.

By the way, this morning Patriot Coal withdrew their request that lawyers fees should come out of the miners’ retirement benefits. Nobody will probably notice. It won’t have any effect on Hillary’s election chances.