Sometimes smart people make stupid arguments. That surely happens more often when you’re writing on a deadline. I don’t know if that’s the case with S.E. Cupp’s recent opinion piece in the NY Daily News, but I don’t know how else to explain it. 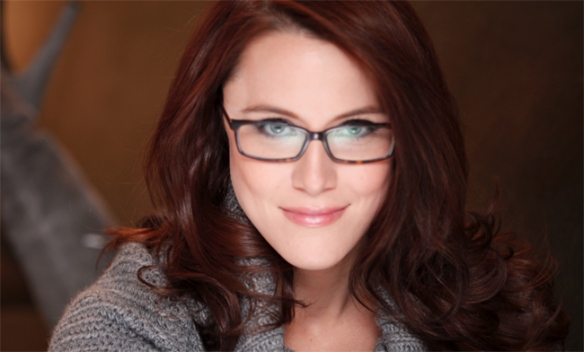 Cupp describes herself as a ‘mainstream conservative’ but she’s not — not in the modern conservative movement. She’s an atheist who supports the Log Cabin Republicans, which takes her completely out of mainstream conservatism. I rarely agree with her views, but I’m willing to admit she sometimes makes a point worth considering. Not this time. She suggests the legalization of marijuana in Colorado will pose a political problem for progressives. Why?

[T]he legal weed experiment could at least put the politics of progressivism – all the rage in liberal circles now – in a tricky spot. For one, there are glaring inconsistencies between the liberal argument for pot legalization and positions on other issues. An obvious one is gun control. The same argument used against guns is used for pot: that legalizing pot and making it more available will reduce crime.

It’s not the stupidest thing I’ve ever heard from a conservative, but it’s pretty close. Of course legalizing pot will reduce crime, if only because possession of pot is no longer criminal. A person who purchased pot last month was a criminal; this month, that same person making that same purchase is an honest citizen supporting the local economy and increasing the State’s tax base. Hey bingo, crime reduction!

That’s stupid — but it’s not the stupidest part of her opinion piece. Here’s part of Cupp’s argument:

We’re told pot users will “responsibly” use marijuana in the privacy of their own homes…. [W]hy aren’t lawful gun owners afforded the same level of trust?

Jeebus on toast, this seems pretty fucking obvious, doesn’t it? Gun owners aren’t afforded the same level of trust because marijuana isn’t a lethal weapon. Let’s make this even easier to understand. Last Sunday a 13-year-old Chicago boy killed his 16-year-old cousin by shooting him in the head. This is from the Chicago Sun Times:

The boy gave a statement to police admitting to shooting his cousin, according to court records. Police said a possible argument over video games may have led to the shooting. It is unclear how the 13-year-old obtained the gun, police said.

The boy gave a statement to police admitting to getting his cousin stoned, according to court records. Police said a possible argument over video games may have led to them getting high. It is unclear how the 13-year-old obtained the marijuana, police said.

And that, Ms. Cupp, is why gun owners aren’t afforded the same level of trust. Ain’t nobody has to worry about an irate 13-year-old with a blunt doing you a hurt.

I suspect the bear would prefer to be stoned

But Cupp also has another concern.

“While there’s obvious support among libertarians, others worry about the moral implications of legalizing risky behavior simply because people are ‘going to do it anyway'”

Yes, she’s right — there are risks associated with marijuana use. One obvious risk is to the user’s health; smoking anything damages the lungs — but research strongly indicates that smoking pot is much less injurious than smoking tobacco. A significantly greater hazard is the risk of injury — to the user and to others. Pot clearly impairs psycho-motor performance. There’s certainly evidence of drivers impaired by marijuana being involved in auto accidents. Again, though, the numbers are much lower than for drivers impaired by alcohol.

I’m going to say this again: S.E. Cupp isn’t stupid. I often disagree with her, but she’s definitely not stupid. I don’t know, maybe she was high when she wrote that opinion piece. You can write opinion pieces when you’re stoned — another advantage of marijuana over guns (just ask the bear). But just to settle the question — no, the legalization of marijuana in Colorado doesn’t pose a political problem for progressives.

Stupidity, on the other hand, does pose a political problem for — well, for everybody.

ADDENDUM: Last night Kentucky State representative Leslie Combs was attempting to unload her handgun in the capitol building annex “when it accidentally fired. The bullet struck the floor and ricocheted into a bookcase.” Nobody was injured. Combs, though, might have been high, given her calm response to the accident: “I am a gun owner. It happens.”