The Gortz Haus is a lovely building, constructed in the 1930s. It was originally a Lutheran church. Now it’s a privately-owned business serving the public. According to its website, Gortz Haus is a ‘gracious space‘ with a ‘fabulous new bistro, art gallery, frame shoppe and floral shoppe.’ It’s advertised as a ‘perfect venue for your wedding ceremony, reception, rehearsal dinner, baby shower, anniversary or other special event.’ 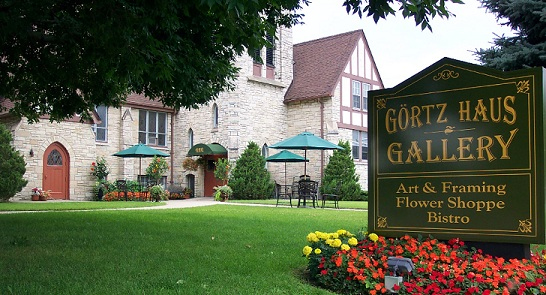 An Iowa couple toured the Gortz Haus looking for a venue for their wedding. Lee Stafford and Jared Ellars were happy with the facility until their host asked “Is this for a gay wedding?” When they responded that it was, the couple were told “I can’t take your money, and I don’t do things for free.”

This, of course, caused a problem — a problem which made the local news, thereby sparking a spirited but wildly uninformed debate. 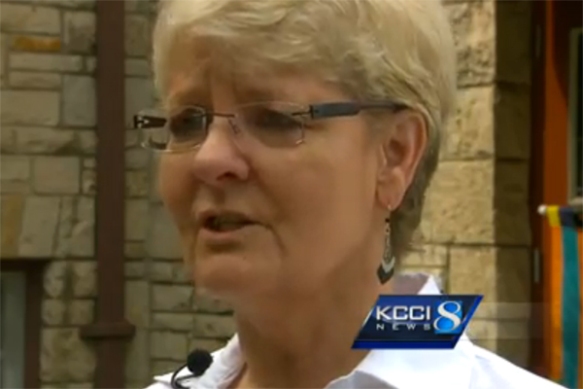 In an interview shown on local television, Betty Gortz Odgaard said the decision not to host a same-sex wedding was “…not from an angry place.” The decision, she said, was

“…based on our religious beliefs. We want to honor that. We want people to know that is our stand that comes from our faith, our convictions. I think we should just stand by that no matter what.”

The Odgaards are Mennonites, and the official position of the Mennonite church is pretty clear. The 1995 Confession of Faith in a Mennonite Perspective expressly states marriage is between one man and one woman. There are factions within the Mennonite faith that are welcoming to the LBGT community, but those factions aren’t recognized by the church authorities.

— She has her religious convictions and we have religious freedom in this country! Since when does this couple’s rights TRUMP hers???

— Thank you, Dick & Betty, for standing strong on your convictions. Those of us who are like-minded will continue to support you. We appreciate that you refuse to be intimidated or bullied to the point of changing your policy. You are doing the right thing! Bless you!

— I am proud of you for standing up for your religious beliefs. Seems like everyone else has rights but the Christians in this sad society anymore. You have a right to stand firm on what you believe as well.

Betty Odgaard says their decision to refuse to allow a same-sex couple to marry in their establishment doesn’t come from an angry place, and I believe her. She says their decision is based on their Mennonite beliefs, and I’m sure she’s sincere in those beliefs. The problem, though, is this is a matter of civil law, not religious belief.

The official Mennonite position on same-sex marriage is clear, and so is Iowa law. Iowa Code section 216.7 (Unfair Practices – Accommodations or Services) states:

And there it is. The Gortz Haus is a public accommodation, and therefor it’s not allowed to refuse service or accommodations to Lee Stafford and Jared Ellars because they’re gay and want to marry. 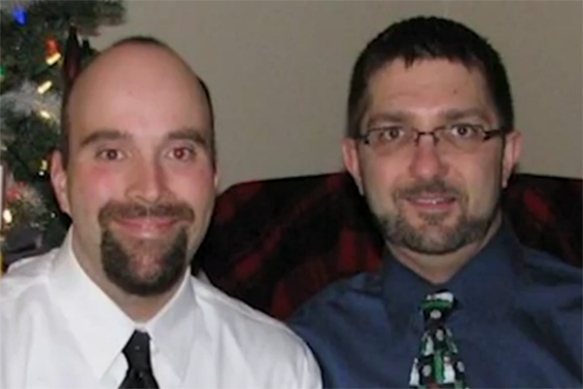 The same law that requires the Osgaards to provide services and/or accommodations to Stafford and Ellars also protects Betty Gortz Osgaard from being denied services and accommodations because she is white, or a woman, or heterosexual, or a Mennonite.

Betty Osgaard says she believes she and her husband should stand by their faith “no matter what.” I respect that, even if I don’t agree with their position. There’s something honorable about the willingness to make sacrifices for your beliefs. Sadly, there are lots of states that will allow the Osgaards to openly discriminate against same-sex couples. But Iowa isn’t one of them.

Stafford and Ellars, I’m told, are considering a lawsuit against Gortz Haus. I guess we’ll eventually find out whether the Osgaards are really willing to stand up for their religious beliefs “no matter what.”

1 thought on “not from an angry place”