Marlin Stutzman is a Republican Congressman from Indiana. He’s often described in the press as a ‘Tea Party favorite.’ Like so many members of the Tea Party, Stutzman calls himself a States’ Rights advocate. He believes passionately in the right of individual States to determine what should be should and shouldn’t be legal within their borders. 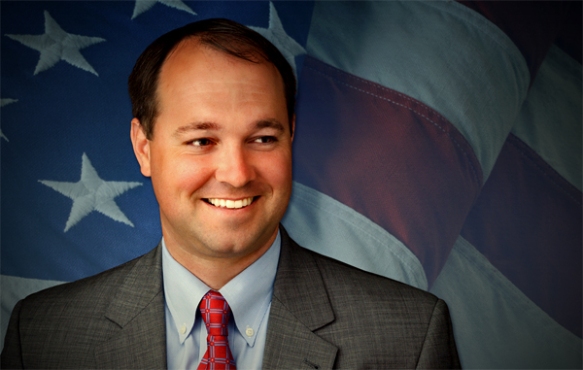 “This is the one issue that as we talk about states’ rights, states’ responsibilities, which according to the Constitution what responsibilities are for the states and which are for the federal government, I think this is the one issue that you’ll even find that if states deal with it themselves that with a very mobile society as people move around the country if you have states that do recognize same-sex marriage and other states that don’t there’s going to be a series of consequences that are going to result because you may have one state in the east coast that recognizes same-sex marriages, if they move to the Midwest, a state like Indiana or Mississippi or other states that don’t, you’re going to have a patchwork quilt of laws.”

Marlin Stutzman, however, isn’t quite so staunch in his support for States’ Rights when it comes to firearms. In general, a Concealed Weapons Permit issued in, say, Indiana (which has very permissive CWP laws) is not recognized in, say, Illinois (which has more stringent CWP laws). Stutzman supports national CWP reciprocity; he believes other states should be required to recognize the CWP issued by his state, even if its in violation of the laws of the other state.

“The right to self-defense is the cornerstone of the Second Amendment and my responsibility as a father to keep my family safe doesn’t change when I cross state lines.”

A 19th century minister, Charles Spurgeon, said this about hypocrisy:

Men turn their faces to hell, and hope to get to heaven; why don’t they walk into the horsepond, and hope to be dry?

I’m inclined to agree with Rev. Spurgeon. I think Marlin Stutzman should walk into a horsepond.

1 thought on “heaven, hell, and a horsepond”