I keep seeing phenomenally stupid shit like this from Second Amendment absolutists. Hitler imposed gun control, then created a totalitarian state and killed everybody!! Obama wants to impose some gun control measures!! Obama and Hitler are exactly the same!!!

Let me just say I have nothing personal against stupid people. Some of my best friends are stupid. On occasion, I’ve been known to be stupid my ownself. But Jeebus on toast, guys, does anybody really need to be THIS stupid?

See, here’s the problem with the whole ‘Hitler imposed gun control’ meme. In order to make that claim, you have to ignore a LOT of the historical record. Document archives,  contemporaneous newspaper articles, history books — you just have to ignore them. All of them. You have to ignore a buttload of stuff that happened even before Adolf Hitler came to power. And then you have to ignore what Hitler actually did. That’s a whole lot of serious ignoring. 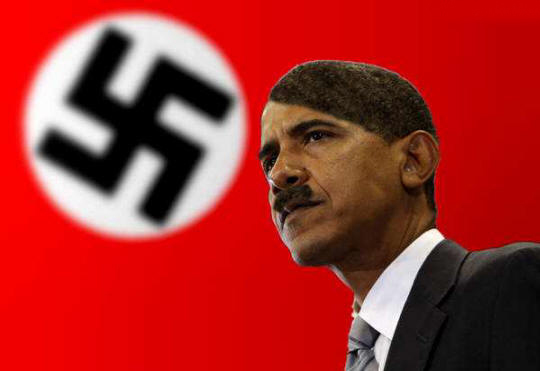 For example, you have to ignore the basic fact that Germany lost World War One. The Great War. The War to End All Wars. You know…the war you saw in Season Two of Downton Abbey. You have to entirely ignore the fact that the Treaty of Versailles imposed strict limitations on the German military AND on the amounts and types of weapons that Germans could own, as well as regulating shooting clubs. To comply with that treaty, the post-war German government passed the Regulations on Weapons Ownership act, which declared:

“[A]ll firearms, as well as all kinds of firearms ammunition, are to be surrendered immediately.”

Got that? All firearms and all ammunition. Surrendered. Immediately. Now that’s some serious gun control, right there. But you have to ignore that for this ‘Obama is Hitler’ business to work.

A decade later, in 1928, some of those restrictions were eased. The German government passed the Law on Firearms and Ammunition, which allowed German citizens to possess personal firearms. But they didn’t make it easy. You had to obtain a permit to own a gun. You had to obtain another permit to sell a gun. You had to have a different permit to carry the gun. And, of course, all of those guns had to be registered. But you have to ignore all of that, remember, if you want to buy the Obama = Hitler concept.

So there was all of that gun control, and Adolf Hitler had nothing to do with it. Hitler didn’t become Chancellor of Germany until 1933. Did he then impose stricter gun control? Nofuckingway. He relaxed them. Well, only for members of the Nazi Party, true. They no longer needed a permit to buy or carry a handgun. But it was the first step.

Hitler did nothing else for five years, then in 1938 the Nazis passed the German Weapons Act. Gun control, right? Nofuckingway. The new law eased gun restrictions even more. The law reduced the legal age for gun ownership from 20 to 18 years. It no longer required German citizens to obtain a permit to buy and possess rifles and shotguns. Permits to carry those weapons were extended from one to three years. All limits on the number of weapons or the amount of ammunition were eliminated. Firearms still had to be registered, but now any German citizen could get one. But you have to ignore all that, remember, to meet the ‘Obama and Hitler, brothers in gun control’ notion.

Later in 1938, the government enacted the Regulations Against Jews’ Possession of Weapons Act, which essentially prohibited Jews — even those who were citizens of Germany — from owning weapons. Yay, finally something Second Amendment absolutists don’t have to ignore. Gun control!

Of course, they still have to ignore the fact that by that time Jews were also prohibited from being employed by the government, from practicing law, from practicing medicine on Gentiles, from teaching, from marrying or having sexual relations with persons of ‘German or German-related blood,’ from holding public office, from serving in the military, from voting, from being citizens. Not to mention the fact that Jews were required to carry special Jewish identity cards and wear yellow stars on their clothing. Denying them access to firearms was just one of the rights Jews were denied. That stuff, you have to ignore in order to play ‘Obama, Hitler — what’s the difference?’. 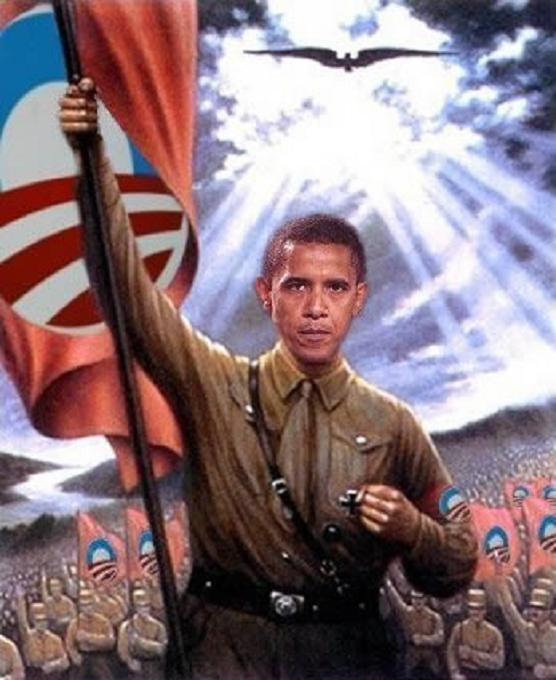 That’s complete and utter bullshit. Adolf Hitler became the supreme leader of Germany because the German people adored him and elected him. He didn’t slaughter millions of innocent people because they were unarmed; he slaughtered them because the citizenry allowed him to do it. And while Hitler did forbid Jews and communists and Romani people from owning weapons, that was just one of the human rights they were deprived — all with the  consent of the people.

But you need to ignore all that in order to accept Obama as Hitler. 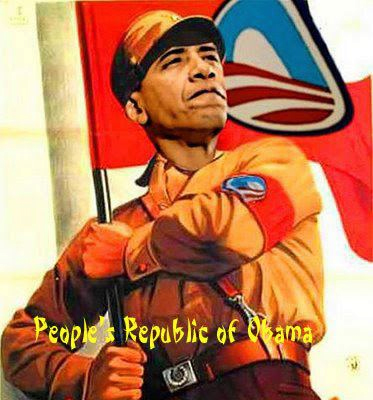 To compare President Obama’s small, sensible steps toward some minimal firearm safety legislation to Hitler’s practices isn’t just offensive, it’s profoundly stupid. It’s stupid on several levels. And somewhere around the lowest level of stupid, you find the folks who aren’t even able to keep their totalitarian dictatorships straight. Like in the poster above. Obama as a  Sturmabteilung brownshirt along with a faux Chinese font intended to be suggestive of Maoist Marxist-Leninism? Really?

For fucks sake, people, a little totalitarian consistency — is that really too much to ask? There’s got to be a limit to how much you can expect people to ignore.