I am drawn to piles of stone.

Much of the appeal is that a pile of stones, no matter how disorganized or haphazard it appears to be, is clearly a product of human intervention. Outside an avalanche, a pile of stones doesn’t happen by accident. Somebody put them there. The exact placement of the stones may have been a matter of chance or convenience, but nonetheless they were put there—and put there deliberately. 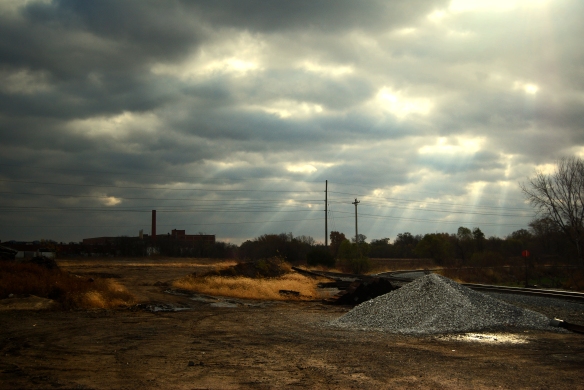 People have been piling stone on stone for millenia. Literally. There are cairns and megalithic structures dating back to 9000 BC. Piling stones has always been a means of communication. At first, a pile of stones was a simple way to mark a trail—a device for telling others which way to go. Humans being human, the simple eventually became elaborate. Trail markers became boundary markers—a device for telling others where not to go. As the messages communicated by the piles of stones became more elaborate and sophisticated, so did the piles themselves. People began to pile stone for artistic and spiritual reasons.

And we got Newgrange in County Meath, And we got the pyramids at Giza. And we got the cathedral of Notre Dame in Paris. What is a tomb or a temple, after all, but a sophisticated pile of stones? 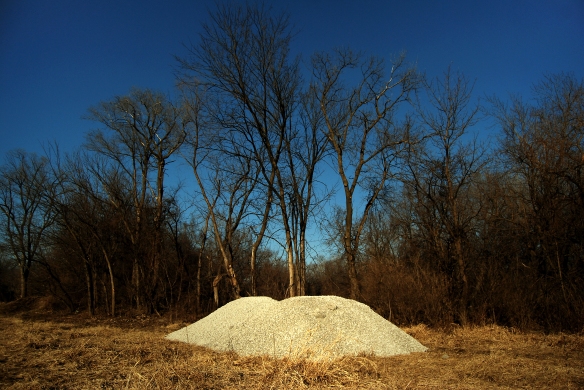 Obviously, the piles of stone I photograph haven’t any intentional meaning. They weren’t put there for any religious, artistic or social reason. They were just dumped there. Raw material at a construction site.

But the actual reason the stones are piled in any particulat place is, for me, entirely irrelevant. In my mind, I always choose to attach some sort of social significance to the stones. 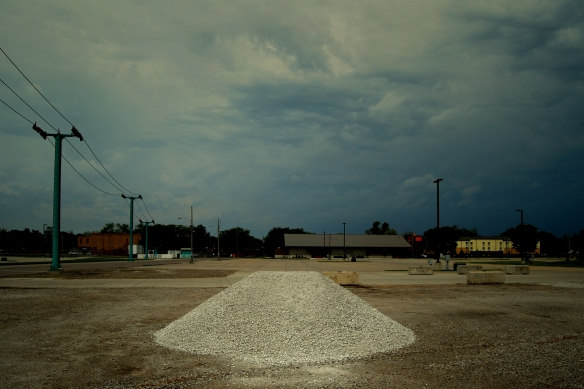 Not seriously, of course, but inventing some meaning for the pile changes the way I see the stones. By giving the pile some arbitrary purpose, the stones cease to be mute construction material waiting to be used. Like those earliest piles of stone, they become articulate; they convey a message.

And they become beautiful.

Maybe this is one of the reasons I became so engaged by that chunk of curbing.

1 thought on “speaking in stones”