I’m kinda down this morning. I had one of my bi-annual PTSD nightmares last night, and this morning it’s gloomy and rainy and cold, and Comrade Trump is…okay, wait. I should probably oughta take a short (honest, it’ll be short) tangent here. 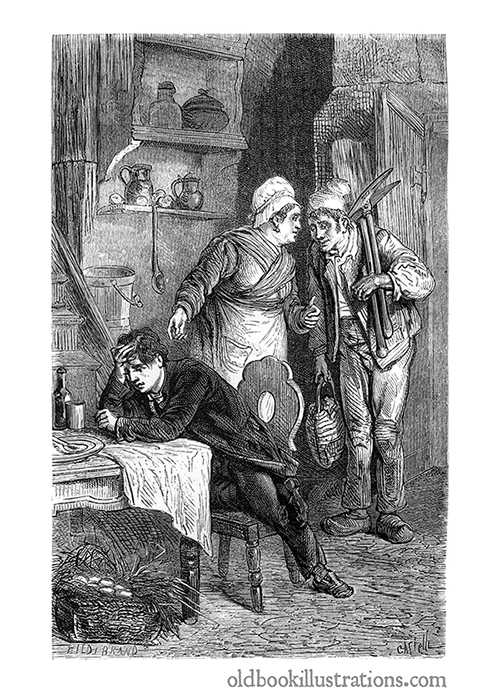 Kinda down is what I have instead of depression. I don’t really get depressed. I used to think I did, until I talked to folks who experience real depression — and you guys, that’s a whole nother thing. That shit sound really fucking grim. Kinda down is basically just a short-term grumbly dissatisfied unhappiness. I’ll be kinda down for…I don’t know, maybe a few hours, tops. Or until the cat does something weird. Or I see something interesting somewhere. I may have an entire day in which…no, that’s not true — maybe an entire morning or afternoon…that’s sporadically, episodically kinda down, but that’s about it. This is how lightly kinda down sits on me: when I get kinda down, I also feel kinda grateful that I don’t get actually depressed. The truth is kinda down is a pretty candy-ass negative emotional state.

So, I’m kinda down this morning because (see above)…and Comrade Trump is still horrible and still POTUS. His POTUSish days are probably numbered because of the coming election, but the bloated bastard is still lumbering around in the White House, and that casts an ungly (yeah, I misspelled ‘ugly’ there, but I sorta like the way ‘ungly’ looks and sounds as a word) shadow on the entire United States.

No, really, things are horrible.

I’m kinda down because yesterday in San Diego a man shot and killed his wife and his three sons, then killed himself. I’m not down because of the murders themselves (though I probably ought to be, because that’s just horrible); I’m kinda down because killing your whole family and yourself doesn’t count as a mass murder. Seriously. The most common definition of a mass murder (and c’mon, it’s fucking horrible that we have to have define it) states the murders have to take place in a public place in which four or more people are killed in a single episode, excluding domestic, gang, and drug violence. This guy killed 1) his family 2) at home so hey, bingo, NOT a mass murder.

And I’m kinda down because Venice is underwater, and the air quality in Delhi is so bad some ‘entrepreneurs’ have opened an ‘oxygen bar’ where they SELL a few gulps of fresh air to folks who can afford to pay for it, while Trump continues to roll back EPA clean air and water regulations, and his mob of MAGAwits are still falling for the lie that climate change is a hoax.

I’m kinda down about an article I read on some Irish news site (yeah, I periodically check Irish news sites because I’ve Irish roots, and Irish news is so much nicer that US news; the Irish are maybe the happiest miserable people in the world, with the possible exception of the Finns because, c’mon, those poor bastards have to live in Finland) about how difficult it is for trans folks to shop for clothes. Shopping for clothes ought to be really easy for everybody. You need a shirt, you go to a store, you find a shirt you like, you buy the damned shirt…that’s it. It never occurred to me how buying a shirt (or a blouse or pants or whatever) would be so massively difficult and traumatic for trans folks. But of course it is. Why doesn’t Target or Kohl’s just create a sort of trans-wear section, like they have for young men or sportswear or coffee pots, for fuck’s sake. You know, just some place where trans folks can buy a pair of pants without having to deal with other folks’ horribleness.

I’m also kinda down because yesterday I picked up my camera and didn’t remember how to use it. I’m talking about my actual camera camera (well, one of them) instead of using the camera in my phone, and when I say I didn’t remember how to use it, I mean I’ve forgotten how to do certain technical things (like use spot metering NOT in the middle of the frame, if that makes sense). Technical things that were second nature to me a year or two ago. And was the menu organization always that cumbersome? Am I going to have to be reduced to using program mode for a while? I mean, program mode? Did gremlins get hold of my camera as it sat idle on the shelf and re-arrange everything while I wasn’t looking?

Also? I’m kinda down because…well, no. It’s over now. I really wanted to get one more horrible thing here — and lawdy, there are SO MANY horrible things — but I got a Twitter notification so I looked away and lawdy, Stephen Fry has posted a photo of himself with something approximating a mustache. And now the cat wants my attention, and there are brownies for breakfast, and tonight I’ll watch the new episode of The Good Place and despite all the horrible things…sorry. I almost said something trite and ‘inspirational’ here, and there’s nothing more annoying than trite inspirational stuff.

13 thoughts on “all the horrible things”