Do hate and bigotry and prejudice play a part? Sure. It doesn’t help that we have a president who feeds into the hate and bigotry and prejudice. Inadequate mental health care? Yeah, sure, that’s part of it. The entire for-profit health care system in the US is fucked up, and the mental health system is more fucked up than the rest. Economic tension, free-floating anxiety, inchoate rage, fear of change? Sure, all that figures into it. 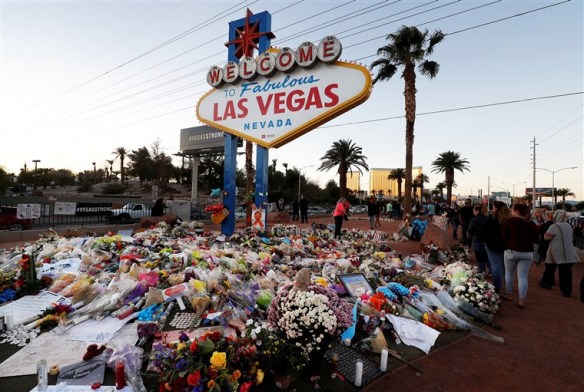 But basically, it’s the guns. It’s obviously the guns. Other nations have all the social problems that trouble the United States, but they suffer only a small fraction of the mass killings. Because it’s the guns. Guns make all the difference. Guns and high capacity magazines. They make killing easier, they make body counts higher. THIS IS WHAT GUNS ARE SPECIFICALLY DESIGNED TO DO: KILL THINGS.

Who would this guy in Dayton be without his AR15? Who would Patrick Crusius be without access to an AK-47? He’d be just another angry young white guy with a dodgy understanding of history and the influence of social forces. Just another inadequate man who wanted so very desperately to believe he had an important part to play in some imaginary racist redemptive narrative.

Who would Stephen Paddock be? Who would Devin Kelley or James Holmes be? Adam Lanza, Nikolas Cruz, Omar Mateen, Robert Bowers — who would these guys be without easy access to guns and high capacity magazines? Without the guns, they’d be…insignificant. These guys think the guns might make them matter.

You want to tell me guns don’t kill people — people kill people? Fuck you. Jumping off buildings doesn’t kill people — deceleration trauma kills people. You want to tell me the majority of gun owners are law-abiding citizens and shouldn’t be punished because some asshole misuses a firearm? Fuck you in the neck, life doesn’t work that way. I’m not going to cook meth, but I still can’t buy Sudafed without a huge amount of fuss because some asshole misuses it. You want to tell me you can also kill people with a knife or a baseball bat? Fuck you, you half-witted ballbag. That’s so damned stupid it doesn’t deserve a response. You want to tell me the only way to stop a bad guy with a gun is with a good guy with a gun? Fuck you, fuck your whole family, fuck everybody you know. Texas is jammed with ‘good guys with a gun.’ But Crusius was still able to waltz through the aisles of Walmart shooting folks IN TEXAS, walk out unmolested, get in his car, and start to drive away before police officers stopped him. And this asshole in Dayton managed to kill nine and wound a couple dozen more in about 2-3 minutes before he was shot.

I’m going to say it again. It’s the guns. The guns and high capacity magazines and lax gun laws. Patrick Crusius and the Dayton shooter (who hasn’t been publicly identified yet) were both law-abiding citizens until they opened fire. It’s legal in both Ohio and Texas to openly carry long guns. Seriously, you can walk down the street in Dayton or El Paso with an AK or an AR slung over your shoulder, wearing camouflage and tactical gloves, with a pouch containing a few high capacity magazines and it’s absolutely legal (although it wouldn’t be wise to do that if you’re not white).

This morning in Dayton.

I’m going to say it one more time. It’s the guns. Guns, high capacity magazines, and lax firearm laws. You get yourself a semi-automatic rifle and a few 30-round magazines, and you can rack up a high body count in a very short time. Doesn’t even have to be an assault-style rifle, though the military design of those weapons makes them more attractive to would-be mass killers. Any semi-auto rifle would do the job, so long as you’ve stocked up on hi-cap magazines. Gear up, take a walk, and until you open fire, you’re probably acting within the law.

14 thoughts on “still the guns”