I was pushing a loading cart holding maybe ten heavy boxes and an ironing board down the hallway of ‘senior living center’ (it’s a long story, but irrelevant to this post) when an old guy using a walker came tottering down the hallway with a small homely mixed breed dog that was suffering from some serious sinus issues. I stopped the cart, smiled at the guy, and said “Now that’s a fine-looking dog.” He smiled and chuckled and thanked me. Told me the dog’s name. Said, “He’s friendly,” which I took as an invitation to lean down and pet the wee creature, who was largely indifferent to the entire situation.

My friend, who was pushing a smaller loading cart, gave me a familiar WTF look as we started moving again. I said, “Always compliment a person’s dog. The dog’s don’t care, but it makes their owners happy.” She said, “Is that like a rule of life?” 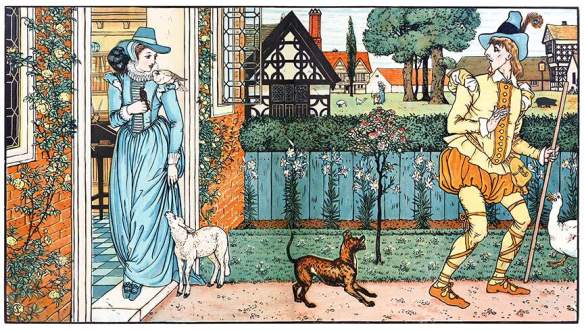 I decided that it was. Or should be. And here are a few more basic rules of life.

— Always compliment a person’s dog.
— Don’t block the aisle with your shopping cart.
— Apologize when you’re wrong.
— Don’t wear blackface.
— Hold the door open for everybody.
— Vote.
— Tip your server, even if the service is poor (because these folks are always overworked, get paid very little, are often abused by their customers, and sometimes they make mistakes like everybody else).
— Read at least a few paragraphs after the headlines.
— Tell the people you love that you love them.
— Tell the people you like that you like them.
— Push your damn chair in when you leave the table.
— Check the batteries in your flashlight.
— Don’t argue with stupid people.
— Park between the lines.
— Don’t judge people for the TV shows they watch, or the books they read, or the games they play, or the music they prefer, or the god they worship, or the clothes they wear, or the food they cook, or…just don’t fucking judge people.
— Refer to folks by the names they ask you to use even if you don’t understand and even if you think it’s stupid.
— Say ‘hi’ to strangers now and then.
— Try new foods, even if they sound/look gross.

Say ‘hi’ to strangers now and then.

Okay, that’s not a complete list. And maybe they’re more like guidelines than rules. And they’re my guidelines; they don’t need to apply to anybody else. I figure you’ve probably got your own. But these work for me.

8 thoughts on “a few simple rules”