The Athabaskan people who lived near the mountain called it Denali, which meant ‘the high one.’ It’s a pretty name for a mountain. I like it. Another local tribe, the Dina’ena, called it Doleika, which meant ‘big mountain,’ which is less poetic but still pretty accurate. It really is a big mountain.

The Russians moved into the neighborhood in 1783; they called the mountain Bolshaya Gora, which also means ‘big mountain.’ They didn’t really change the name; they just said it in Russian, which is appropriate. But the Russians left in 1867, and I suspect folks in the area just continued to refer to it the ‘big mountain’ in whatever language they happened to have handy at the moment. Because it really IS a big mountain.

Then in the late 1880s, the white folks in the region decided to call it Densmore’s Peak, after Frank Densmore — a gold prospector who was, apparently, inordinately fond of the mountain. I don’t have any solid evidence to base this on, but I’m going to guess the natives continued to call it Denali or Doleika regardless of what the white folks did. Because what did the white folks know about it? Fuck them in the neck.

Then politics happened. A guy named William Dickey, who’d been prospecting for gold in the Susitna River, returned to the Lower Forty-eight and wrote an article about Alaska for the New York Sun newspaper. This was January of 1897, shortly after Republican William McKinley had been elected President of These United States. McKinley, you see, was a proponent of the gold standard (on which to base U.S. currency) — and Dickey was a Republican who’d been a gold prospector. McKinley’s Democratic opponent in the election, William Jennings Bryan, was in favor of a silver standard rather than a gold standard. Dickey had met a lot of silver prospectors while in Alaska, and they all favored the Democrat. This is all important information because in his article, Dickey made this rather suspect claim:

We named our great peak Mount McKinley, after William McKinley of Ohio, who had been nominated for the Presidency.

Whether that was true or not, it struck a chord for Republicans in Congress, and twenty years later they made the name official: Mount McKinley. They also named the area around the mountain McKinley National Park. Basically, it was Republicans saying ‘fuck you in the neck’ to Democrats (and to all the native folks in Alaska). 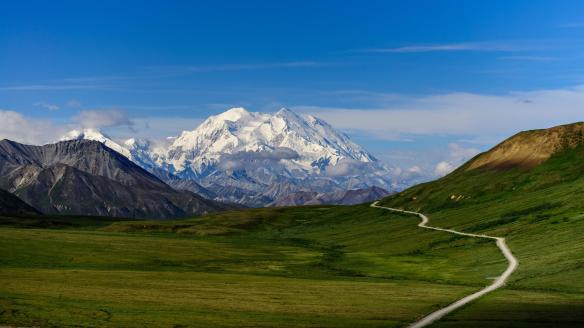 It seems nobody in Alaska liked the name, and most folks just continued to call the mountain Denali. Who cared what the people south of Canada called it? In the 1970s, Alaska made the practical decision to officially change the name back to the original Denali. They petitioned the U.S. Board on Geographic Names (yes, there’s actually a government agency that oversees geographic names) to do the same. And hey, the board seemed open to the idea.

Then politics happened again. The Republican Congressman who represented the Ohio district when William McKinley spent most of his life (a complete jackass named Ralph Regula) intervened and basically stopped the process. Basically, he was saying ‘fuck you in the neck’ to the people of Alaska. The people of Alaska sort of shrugged off the whole fuss and in 1975 the Alaska Board of Geographic Names (yes, the state has its own government agency to oversee its geographic names) went ahead and changed the name anyway.

And that’s how things stayed until Regula retired. At that point Alaska again petitioned the Board on Geographic Names to change the damn name. Then politics happened yet again. Two members of Congress from Ohio — both Democrats — decided to carry on Regula’s profoundly stupid fight to retain the name of Mount McKinley. Basically, it looked like Ohio saying ‘fuck you in the neck’ to Alaska.

But the people of Ohio spoke out and told their members of Congress to grow the fuck up and stop interfering with Alaskan politics. And they did. So today, President Obama is officially authorizing the Board on Geographic Names to recognize what Alaskans have always recognized — that the mountain deserves to be called Denali because it really IS a big, high mountain.

And hey, guess what. Politics are happening. Republicans — and particularly those from Ohio — are rebuking the president’s decision. Speaker of the House John Boehner stated he was “deeply disappointed in this decision.” Senator Rob Portman decried the decision as “yet another example of the President going around Congress.”

And, of course, the proud patriots of FreeRepublic are voicing their considered opinions on the issue.

— Why not call it Glorious Jihad?

— If Hussein cared about what the people of Alaska thought, he would ask Valerie for permission to open up the northern slope for drilling. Alaskans want that, too.

— Obonzo didn’t do jack. He’s going up there to fundraise and kiss some minority @$$ for his ‘RAT comrades up there. Everyone in Alaska already refers to the mountain as Denali. The bastard Kenyan didn’t need to do anything. This is just another one of his “historical” In Yo Face Whitey Moments.

— This is the work of a tyrant.

— I’m surprised it’s not going to be Kilimanjaro to make Zero feel more at home.

— Islam could easily be involved. Pakistan is close. Jihadis are everywhere.

To be fair, not everybody on FreeRepublic is a lunatic. Many of them have pointed out the fact that most Alaskans want the mountain to be called Denali. They don’t necessarily object to renaming the mountain; they just object to President Obama . Basically, the people of FreeRepublic are saying ‘fuck you in the neck’ to the president. 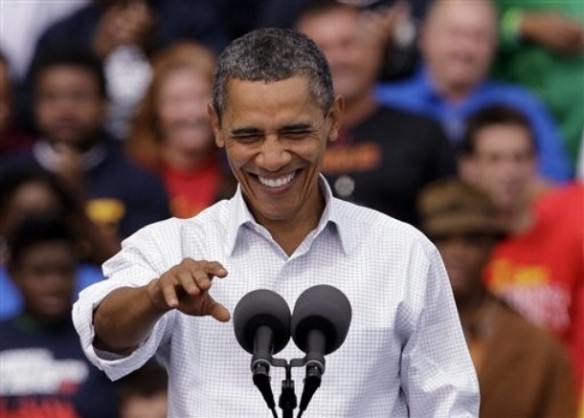 But hey, it’s a done deal now. And it’ll be Obama’s smiling face we’ll see standing in front of Denali on the national news tonight. And guess what he’s basically symbolically saying to the folks of FreeRepublic.

Right in the neck.

61 thoughts on “right in the neck”